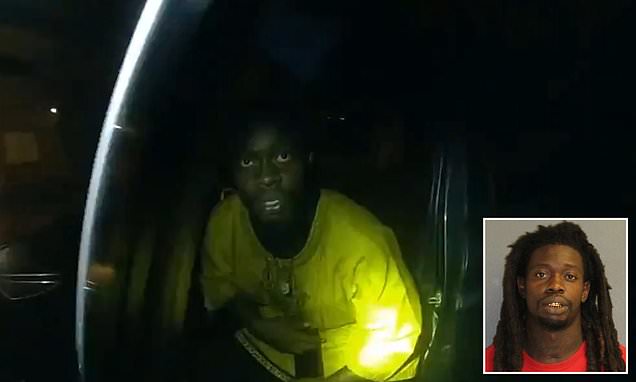 A $100,000 reward is now available for anyone who can help authorities locate the man who shot a Daytona Beach Police Department officer in the head last night.

It all began just before 9 p.m. at 133 Kingston Avenue when that officer responded to a suspicious incident in the area.

Part of the body camera footage from that officer has since been released.

The suspect – identified as 29-year-old Othal Wallace – fled the scene after the shooting.

Other officers arrived shortly afterward to the scene, finding the officer who was shot lying on the ground.

Paramedics took the officer to Halifax Health Medical Center for treatment. He is now out of surgery and remains in critical condition.

A multi-agency manhunt for Wallace is now underway.

Anyone with information on Wallace’s whereabouts is asked to call 911 immediately.

Anonymous tips can also be submitted online and through Crime Stoppers of Northeast Florida at 888-277-TIPS (8477).