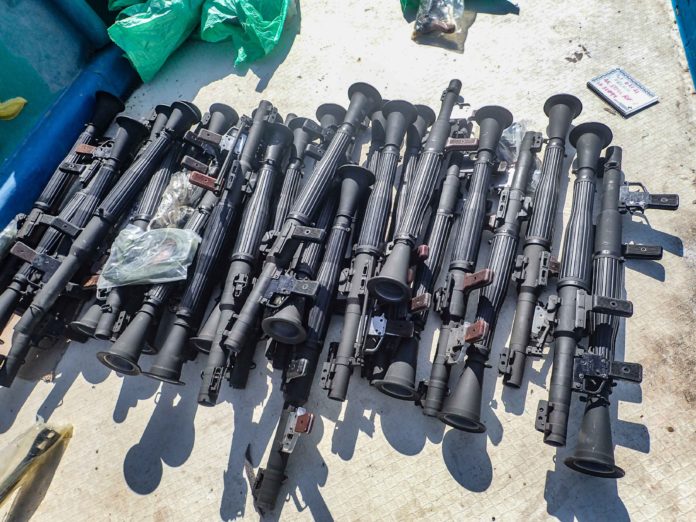 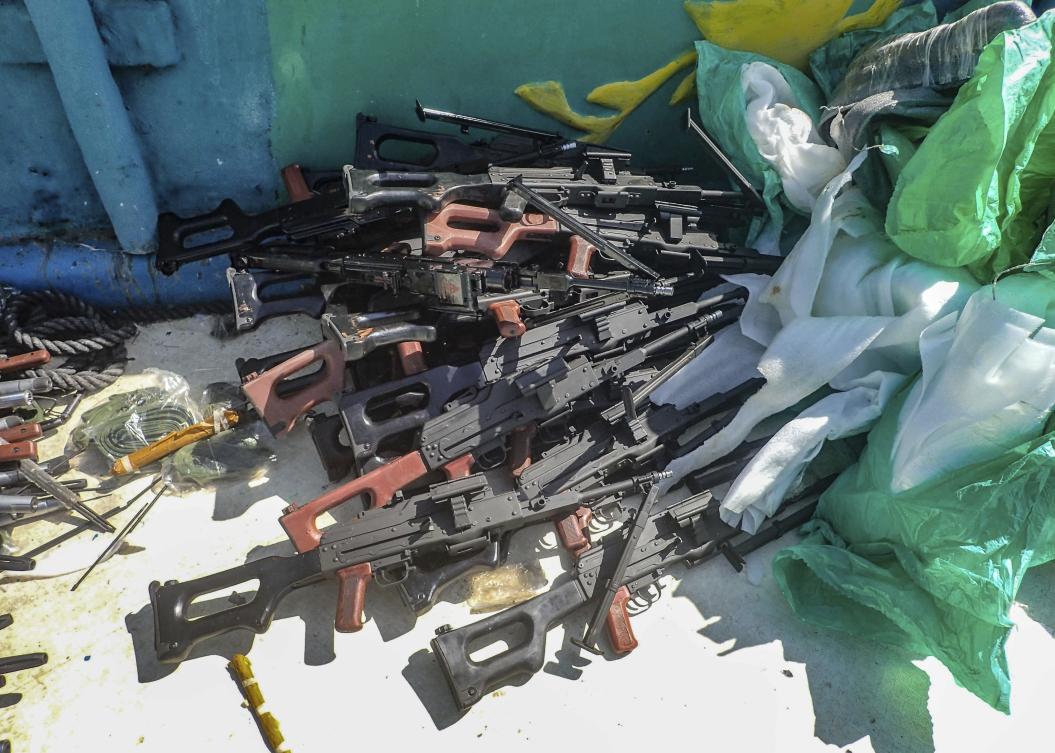 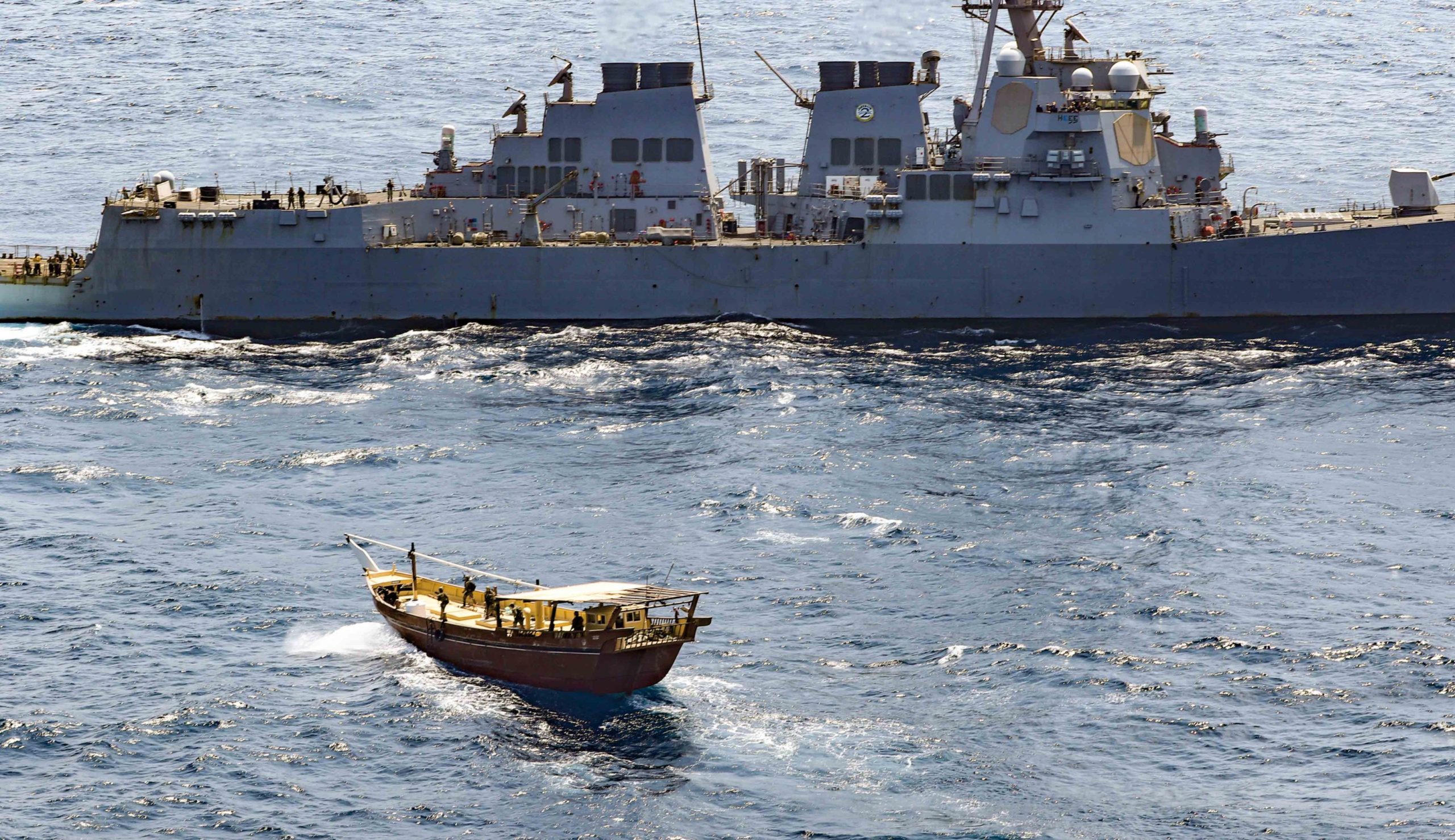 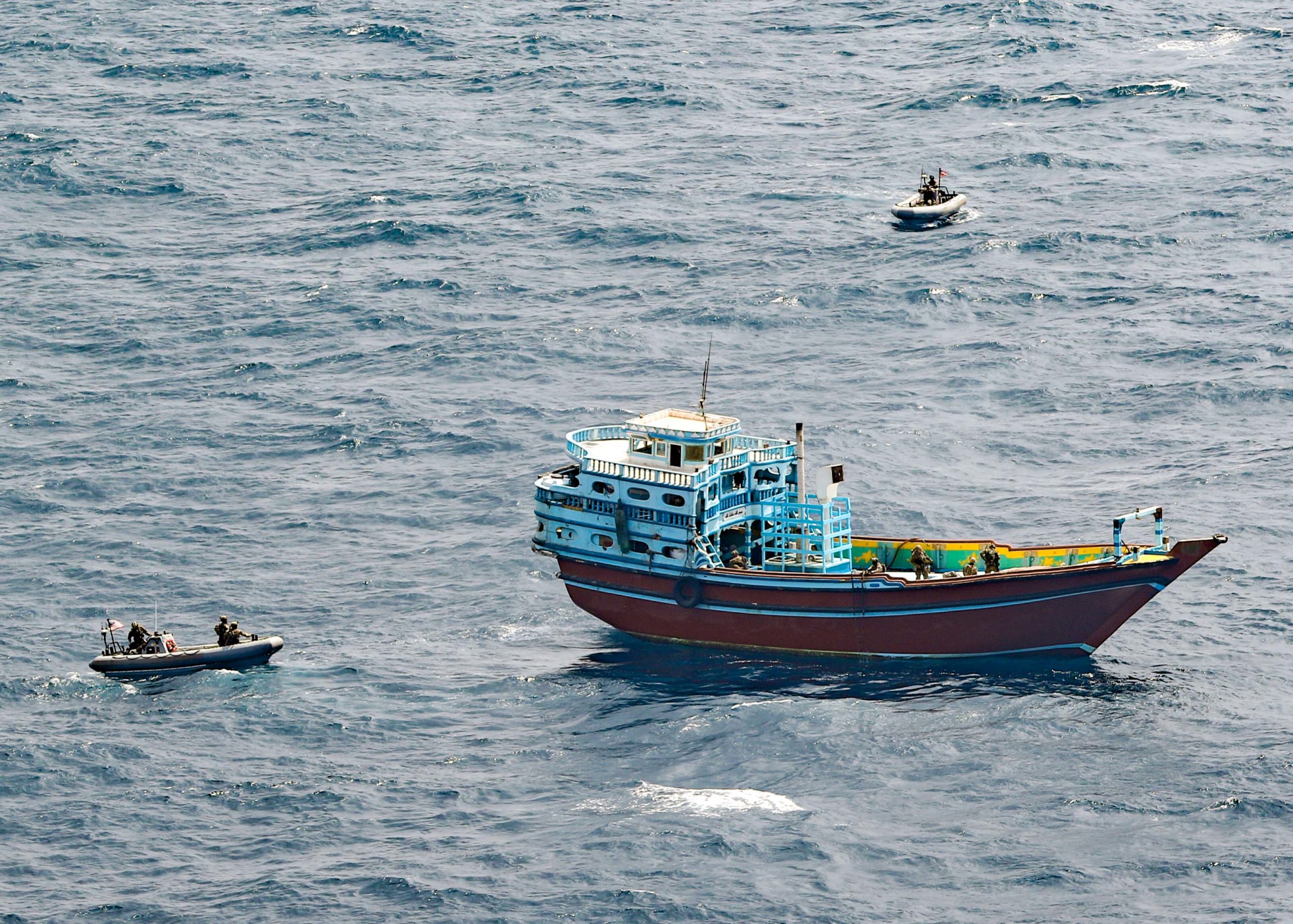 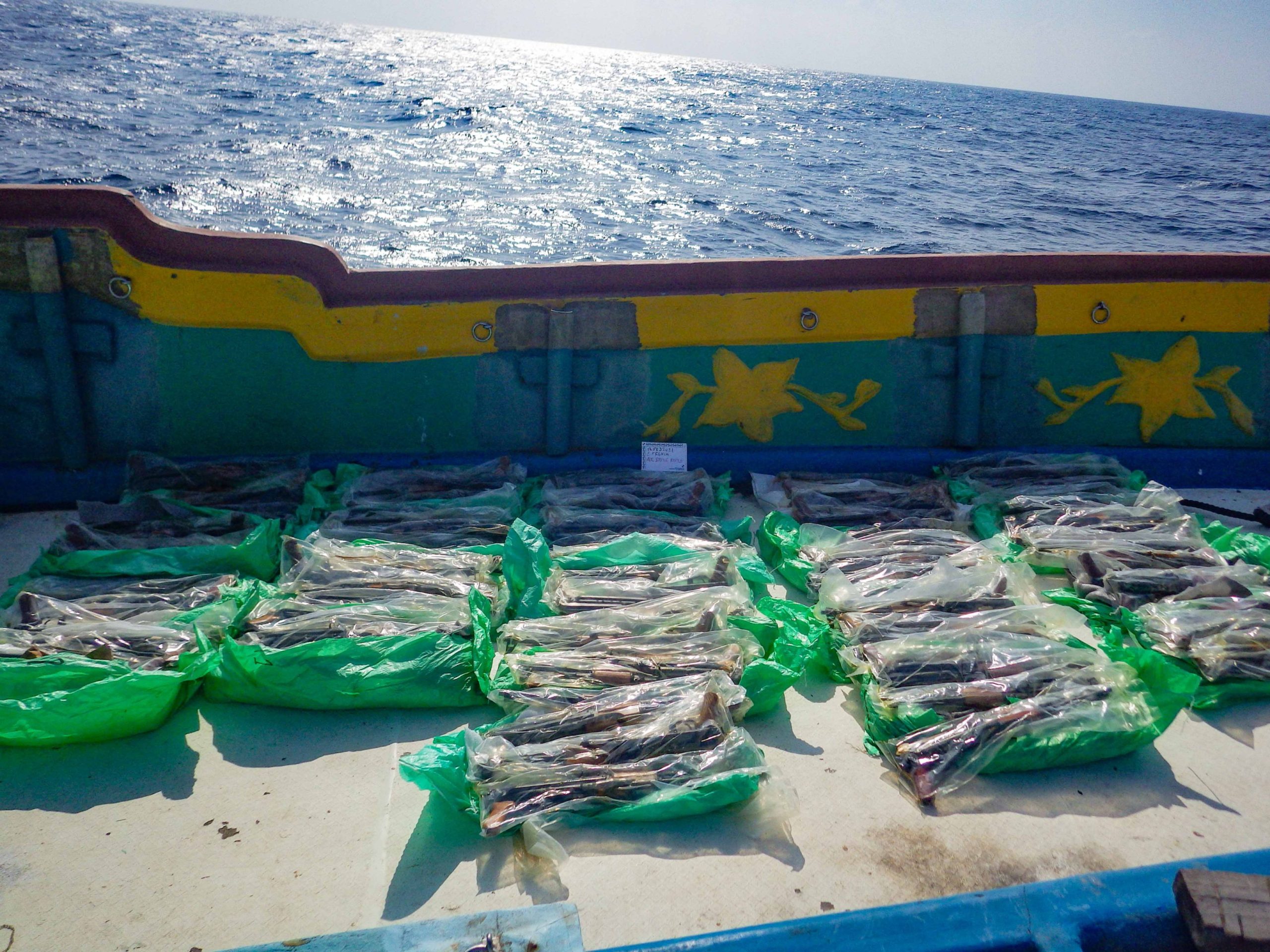 The original source of the weapons has not yet been identified. Churchill located the dhows and provided more than 40 hours of over watch and security for the ship and its boarding teams throughout the two-day operation.

The dhow crews were provided food and water before being released.

“We are proud of the combined efforts of the AIT and Churchill crew members for executing dynamic and demanding boardings,” said Lt. Travis Dopp, Assistant AIT Leader aboard Churchill. “We are proud to have a positive impact on the safety and security of coalition forces by interdicting shipments of lethal aid.”

The seizure of the illicit weapons by Churchill was conducted as part of the U.S. Navy’s regular maritime security operations in the region. These routine patrols are performed to ensure the free flow of commerce for legitimate traffic and to disrupt the transport of illicit cargo that often funds terrorism and unlawful activity.

“This joint team [Army, Navy and Coast Guard] on board Churchill came together to successfully execute this operation over the course of two days in the Indian Ocean. These operations prevent nefarious actors from illegally spreading their lethal aid,” said Cdr. Timothy Shanley, commanding officer of Churchill.