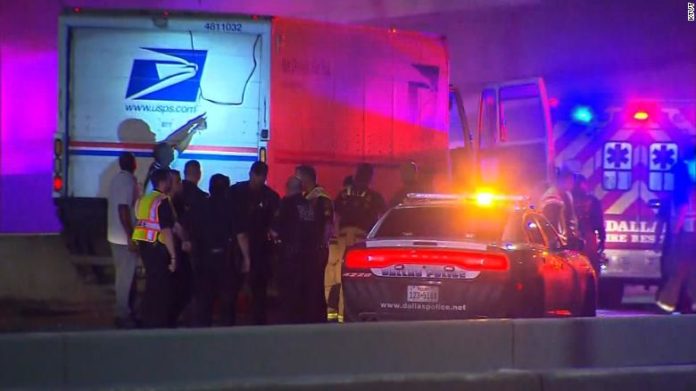 TEXAS — On February 19, 2018, at about 2:20 A.M., Dallas police officers were dispatched to 110 Dallas Fort Worth Turnpike Freeway regarding a shooting. Upon arrival, officers observed that the driver inside of a United States Postal Service box truck had been shot.

On February 8th at about 2:10 a.m., a Marked Dallas Police Squad car was fired upon approximately one mile from this last offense location. At this this point, police say there is no evidence linking these two crimes.

The Dallas Police Department and The United States Postal Inspection Service are asking anyone with information regarding this incident to contact Dallas Police Homicide Detective Walton at 214-671-3632 or 214-701-8453.