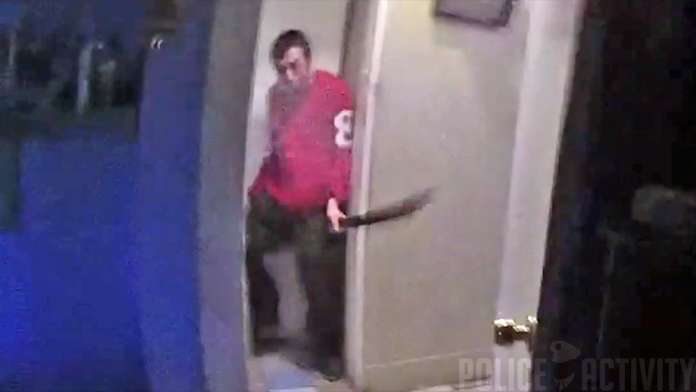 LOS ANGELES — On July 16, 2019, around 6:43 p.m., LAPD, uniformed patrol officers, assigned to Rampart Division responded to a disturbance radio call of a “man with a knife” at a residence located on the 300 block of north Commonwealth Avenue in Los Angeles. When the officers arrived at the residence, they located the suspect (who was later identified as 49-year old, Herbert Vasquez) inside the rear bedroom of the apartment and refused to exit. As the officers were in the process of trying to de-escalate the situation, they opened the bedroom door at which time Vasquez armed with a machete advanced towards the officers, resulting in an OIS. Simultaneously the officers used a less lethal option. Vasquez then fled out the bedroom window and ran westbound from Commonwealth Avenue and entered a 7-11 convenience store.

The officers surrounded Vasquez inside the store and again attempted to verbalize with him but he refused to comply with the officers commands. The officers used a second less lethal device which aided the officers in taking Vasquez into custody without further incident. It was observed that Vasquez had injuries to fingers on both hands but it was unknown at the time if those injuries were the result of the OIS. The Los Angeles Fire Department paramedics responded to the scene and transported Vasquez to a local hospital for medical treatment. A knife was located at scene and booked as evidence. No officers or innocent bystanders were injured during this incident.