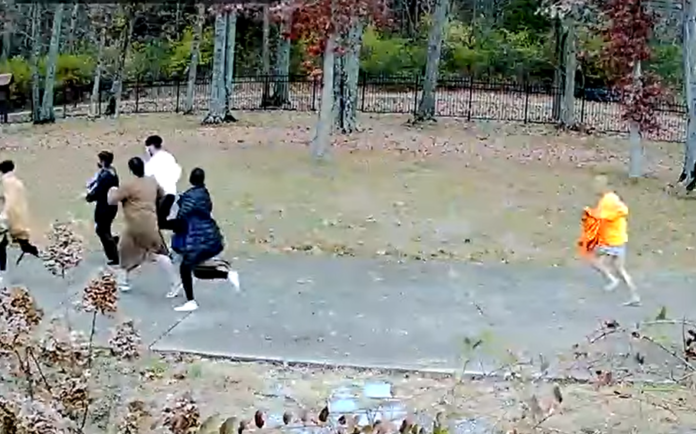 Detectives are asking for the community’s assistance in identifying the five persons who attacked a Buddhist monk and robbed the Wat Lao Buddhist Temple on Old Hickory Boulevard in South Nashville Sunday morning.

The victim, who lives at the Temple, heard a knock on the door at approximately 9 a.m. Sunday. When he cracked it open, the robbers, who appear to be four women (one of whom was carrying a toddler) and a man forced their way inside and knocked the monk to the ground. He was held there while at least two of the women went through the Temple for several minutes and took cash.

When the suspects started the leave, the monk saw that one of the women had a satchel across her body. He grabbed onto it in an effort to prevent her from leaving. The others ganged up on him until the female broke free.

The suspects fled in a silver Toyota van.

The robbery was reported to the MNPD on Tuesday afternoon.