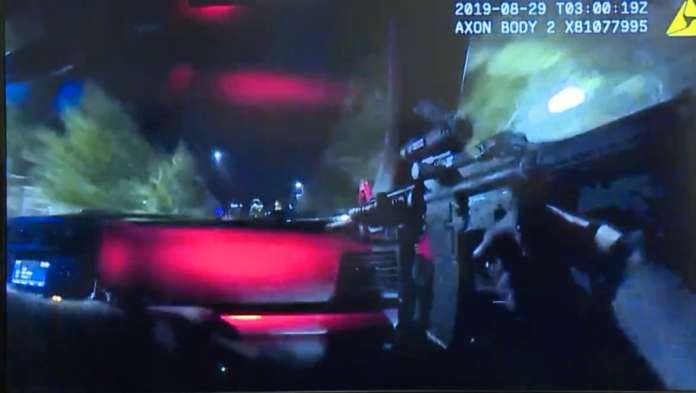 Baltimore police released the body-worn camera footage from the Aug, 28 shootout with a suspect on E. Fayette and N. Caroline Streets. Police later identified the deceased suspect as Tyrone Domingo Banks, 30, of the 2200 block of E. Biddle Street. Police said Banks was the suspect they were looking for since Tuesday, Aug. 26 when he allegedly tried to strike one officer with a silver SUV he was driving and then fire at another officer. The officer was shot in the leg in the area of East Fairmount and Caroline, near East Fayette Street and has since been released from Shock Trauma. The family of the bystander says a bullet shattered her finger, and glass and bullet fragments entered her neck and chest.