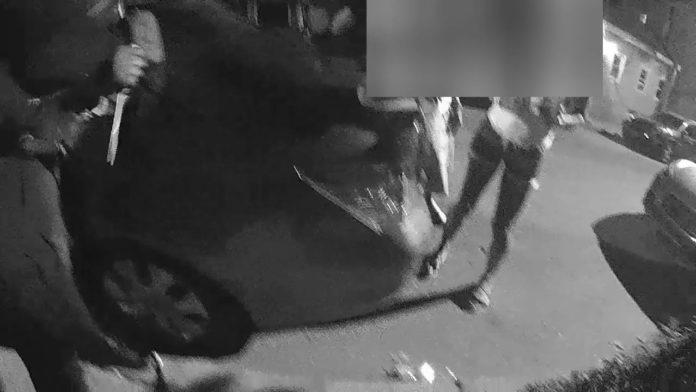 At approximately 1:20 a.m., officers of the 1st Precinct responded to a Central Ward residence on a call of an emotionally disturbed person who reportedly had been acting violently and irrational. Upon arrival, the officers located the woman, who repeatedly yelled obscenities and threats towards the officers.

The officers called for EMS, but the woman attempted to leave the area before EMS arrived. When one of the officers stood in front of her to prevent her from leaving, she stabbed him with a knife in the left forearm. The second officer was also stabbed in the right leg. The woman was immediately arrested without further incident.

“I commend both officers for exercising calm, respect and professionalism in the handling of this incident,” Director Ambrose said. “Their exemplary demeanor is documented via their body worn cameras and clearly reflects the core values of the Newark Police Division, serving as a credit to the entire agency,” he added.