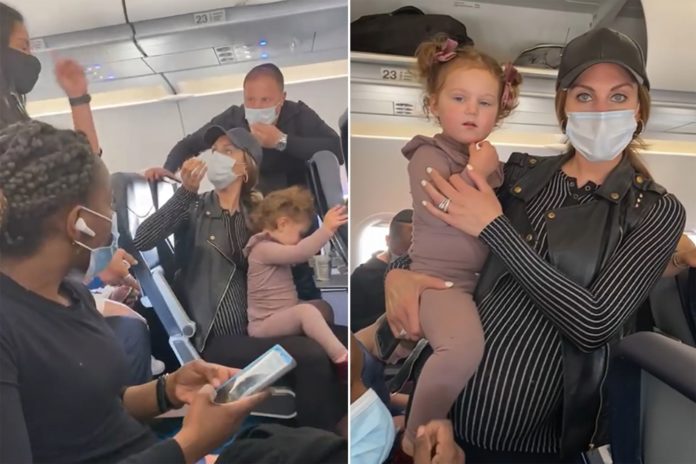 In defense of their actions in Orlando, Florida on Monday, Spirit Airlines released a statement saying a video doesn’t show what it clearly shows.

The Orthodox Jewish couple and their two children, one of them a special needs 7-year-old, were thrown off a flight because their two-year-old child was not wearing a mask while eating a yogurt as she sat on her mothers lap. The entire episode is well documented in viral videos, where the flight attendant tells the parents “non compliance, you need to get off. I didn’t want to do this.”

“But we are wearing masks!” a parent exclaims.

“She’s not wearing a mask,” the attendant can be heard saying.

The mother replies, “who? the baby?” The flight attendant nods yes.

WATCH THIS: A family was just kicked off a @SpiritAirlines flight from Orlando to NY, because their two-year-old child who was eating, wasn’t wearing a mask. The mother is 7 months pregnant, and they have a special needs child. The entire flight was deplaned. pic.twitter.com/dcjLIEbDfA

After the footage went viral, Spirit Airlines posted a statement on Twitter calling media reports of the video “incorrect information.” The tweet has since been deleted.

The statement says that the flight was delayed “due to the adults in a party not complying with the federal mask mandate.”

The entire flight was forced to deplane because of the incident.