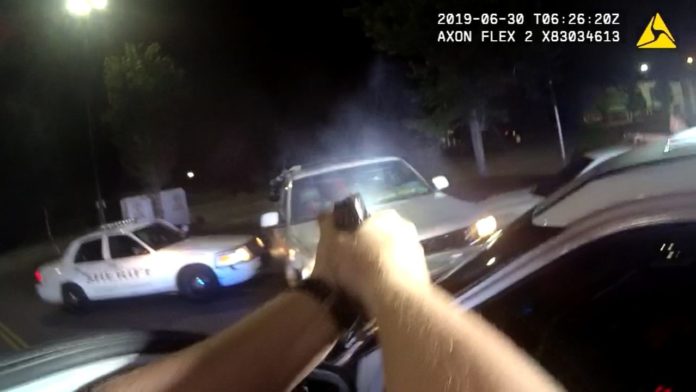 A man is in critical condition after a police chase and car wreck led to an officer-involved shooting in Coweta County, according to the GBI.

A deputy said he shot Nicholas Bolton, 34, while trying to keep him from hitting another deputy with a car, according to GBI spokeswoman Nelly Miles.

Officers Were questioning Bolton for loitering.