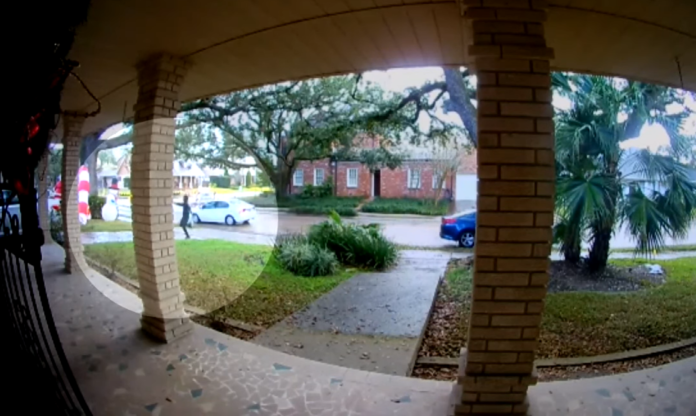 The New Orleans Police department is asking the public for help in identifying and locating suspects in an armed carjacking that occurred on New Year’s Eve in the 6500 block of Marigny Street.

According to police: “At about 10:29 a.m. the victims reportedly attempted to leave their residence in their white 2019 Honda Accord bearing La license plate 135CJU when the pictured small white vehicle arrived and blocked the victims’ vehicle. An unknown black male holding a handgun reportedly ran up the driveway and tapped on her window, demanding the victims exit the vehicle. The victims complied and the suspects fled in both vehicles.”

The armed perpetrator was described as wearing a black hooded sweatshirt, gray jeans, and a mask, standing about 5’8” with a slim build.