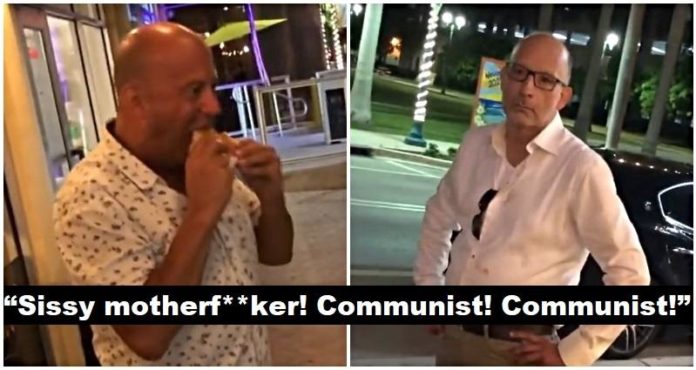 “We were just trying to clean up our table and bring everything in from outside, and the guys started to unstack the chairs and just randomly wanted to sit down and eat their pizza,” he said.

Grayson spoke to police but ultimately no charges were filed against the men.

The city is rallying around Grayson after the incident. Delray Beach’s Interim City Manager Jennifer Alvarez released this statement:

“The hatred, ugliness and disregard for common decency exhibited by these two men outside of Delray Beach’s Ramen Lab are the exact opposite of the core values of inclusivity and diversity that are at the heart of the Delray Beach community. As Delray Beach’s Interim City Manager, I condemn their actions and language, reject their hatred, and stand in support of Ramen Lab’s staff, who exhibited grace during a stressful, and potentially dangerous, situation.”