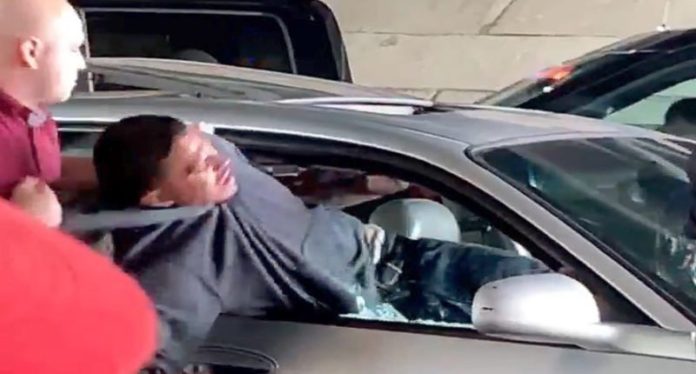 ST. ANN, Mo. – A witness was filming when a St. Ann police officer broke a window with his arm and pulled a suspect out of a car following a pursuit.

The police department is defending the viral video, saying the suspect was ignoring commands and reaching under the seat.