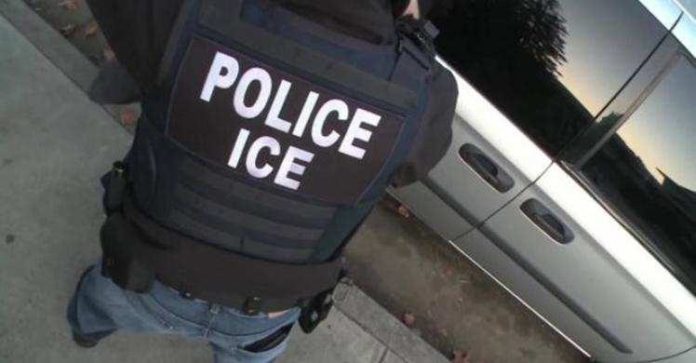 FAIRFAX COUNTY, VA — On Saturday, Sept. 21, 2019, at 2:46 p.m., a FCPD officer was handling a traffic accident at Harrison Lane at South Kings Highway in the Alexandria section of the county.

The officer found that one driver did not have a Virginia Operator’s license and obtained the driver’s information to conduct a check to verify the DMV record. During the query of the driver’s information, the officer received notification from the Immigration and Customs Enforcement Agency (ICE), that the driver was wanted by ICE for an administrative violation warrant on file for the failure to appear for a deportation hearing.

The FCPD officer then issued a uniform summons to the driver for not having an operator’s license. The driver signed the summons. However, the officer then decided to detain the driver through a custodial detention and turned over custody to the ICE agent.

Since 2007, the department has held a policy that prohibits officer’s from cooperating with ICE.

The police chief said, Training at our Academy, as clearly outlined in lesson plans, as well as in-service training reinforces to our personnel that we do not enforce nor detain for administrative warrants and we have no authority to enforce federal law. We have also been working closely with community members and advocates to review our General Orders in this regard.

As a matter of full transparency to our community – our police officer violated our longstanding policy and deprived a person of their freedom, which is unacceptable. We have been informed by ICE that the driver was released after three hours and issued an ankle monitor. When I learned of this event, I directed an immediate internal investigation to look at all factors in this matter to ensure that all are held accountable for this violation. Our county is one of the most diverse counties in the nation and no one should have the perception that FCPD is acting as a civil immigration agent for ICE. This matter damages our reputation and the longstanding policy that I have stated many times that our officers shall not act as immigration agents. The officer involved in this event has been relieved of all law enforcement duties pending the outcome of this investigation. It is my duty to enforce our FCPD – and Fairfax County – policies and hold all accountable for their actions.

After receiving an update from our Internal Affairs Bureau, I have concurred with the procedural policy recommendation to return the officer involved in the Sept. 21 event to full duty on Friday. We have one of the best police forces in the U.S. and I have confidence that our officer will represent us well throughout his career. Our internal administrative investigation continues as prescribed by policy.