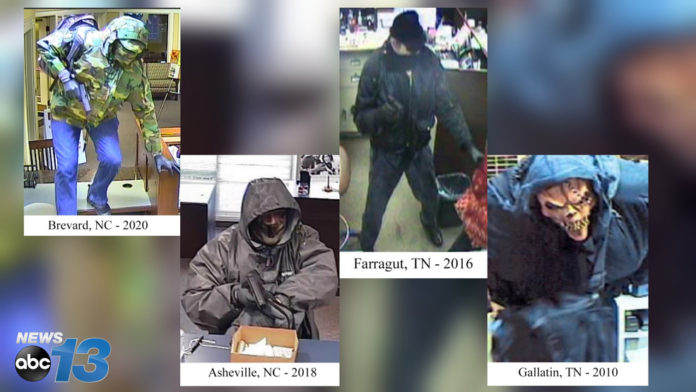 In all the bank robberies, the suspect walked behind, or jumped over, the teller counter, threatened bank employees with a handgun (held in his right hand), and instructed bank employees to help him place money from the vault and teller drawers into a bag the robber brought with him.

The robber wears dark-colored clothing, to include dark-colored gloves and work boots or shoes, and wears a Halloween-style mask or other mask to cover or obscure his face.

If you have any information concerning this case, contact your local FBI Office or the nearest American Embassy or Consulate. You can also submit a tip at: tips.fbi.gov