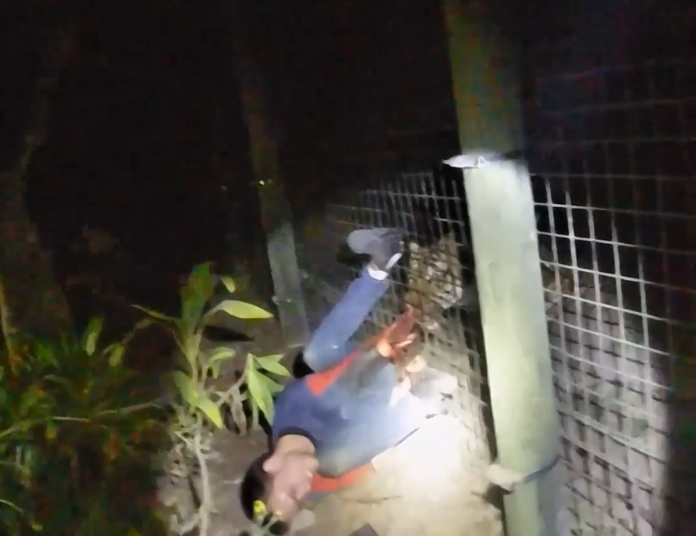 NAPLES, Fla. – (Press Release / CCSO) – The Collier County Sheriff’s Office is releasing body-camera video and working with state and federal prosecutors to investigate a serious encounter a member of a third-party cleaning service had with a Malayan tiger Wednesday evening at the Naples Zoo.

River Rosenquist, 26, of Naples, was in an unauthorized area of the zoo at the tiger enclosure after the zoo closed Wednesday. Rosenquist, who had already breached an initial barrier, put his hand through the enclosure fence and the tiger grabbed it and pulled his arm into the enclosure. A CCSO deputy responded to the scene. The deputy initially tried to get the tiger to release the arm but he was left with no option but to shoot the animal in order to save Rosenquist’s life.

“Our deputy did everything he could do in that situation and he ultimately made the only possible decision he could in order to save this man’s life,” said Collier County Sheriff Kevin Rambosk. “This was a tragic encounter at our world-class zoo facility. We value our community partnership with the Naples Zoo and their focus on conservation and education.”

The investigation will determine whether criminal charges will be filed against Rosenquist.