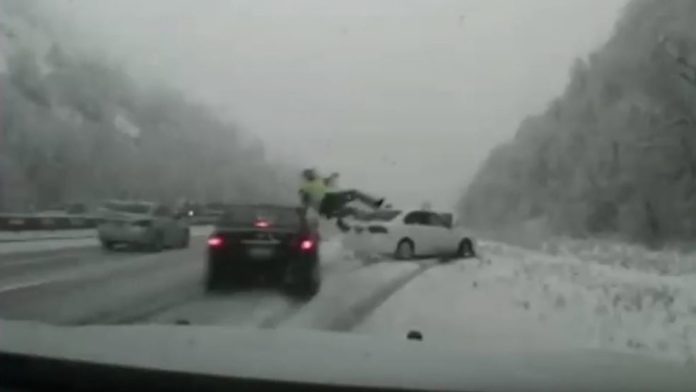 Sgt. Cade Brenchley, a second generation trooper, with the Utah Highway Patrol (UHP) was struck by a vehicle on Sunday in Sardine Canyon.

Sgt. Brenchley was responding to multiple slide offs in the canyon when he was struck from behind by a vehicle driving on the highway. He suffered broken ribs and a broken scapula and was transported to Logan Regional Hospital.

The 13 year UHP veteran is well respected and known in his community where he serves as a local soccer coach. Sgt. Brenchley has previously been involved in delivering twins on the side of the interstate and helping save a burn victim in a car crash. He is a husband and father of four.

Officials say they are thankful to the multiple bystanders who came to the aide of Sgt. Brenchley after he was struck. The dash cam video shows many people on the scene who stopped to offer aide and called for help on his car radio. Some of the Cache Valley first responders included three of Sgt. Brenchley’s cousins.