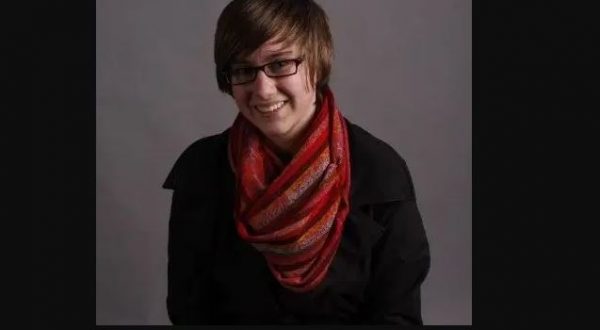 Seattle – A 28-year-old Bellingham, Washington woman was convicted Thursday in U.S. District Court in Seattle of violence against a railroad carrier. Ellen Brennan Reiche, was one of two people arrested on the BNSF Railway tracks near Bellingham, near midnight on November 28, 2020. Reiche was convicted of placing a ‘shunt’ – a device that interferes with train signals – on the tracks. The jury deliberated about three hours following the two-day trial. Reiche faces up to 20 years in prison.

According to records in the case and testimony at trial, on the night of November 28, 2020, Reiche and co-defendant Samantha Frances Brooks, 24, were observed on video surveillance walking on the tracks near a crossing in Bellingham. Whatcom County Sheriff’s deputies responded to the scene. The defendants were detained for trespassing, and a shunt was found on the tracks near where the deputies had first encountered them. Reiche was carrying a paper bag containing wire, a drill with a brush head, a magnetic adhesive and gloves. The wire was similar to the wire used in the shunting incidents. The shunt that was placed on the tracks could have interfered with the railroad crossing guard at Cliffside Drive in Bellingham. A train carrying crude oil, among other cargo, was scheduled to come through that area soon after this incident.

In her closing argument, Assistant United States Attorney Sok Jiang told the jury, Reiche “disrupted the signal system designed to stop trains from crashing into each other or crashing into cars…. A car driving through the intersection (near the shunt) would not have warning that a train was coming.”

The FBI’s Joint Terrorism Task Force worked with BNSF police to investigate the placement of 41 shunts on the BNSF tracks since January 19, 2020. The shunt is comprised of wire that is stretched between the rails and often fastened with magnets, disrupting the systems that indicate a train is on the tracks. On ten occasions, shunts were placed in areas that disrupt the crossing guards where the tracks cross streets, so vehicles could have tried to cross the tracks unaware of the oncoming train. On the night of October 11, 2020, multiple shunts were placed in three different locations in Whatcom and Skagit Counties. The shunts triggered an automatic braking system on a train that was transporting hazardous and combustible material. The emergency braking then caused a portion of the train to decouple from the engine. Decoupling has the potential to cause a derailment—in this case—of tanker cars of flammable gas in a residential area.

Officials said the attacks were motivated by opposition to the construction of a natural gas pipeline across British Columbia.

According to Q13, it was “one of dozens of shunts placed on the tracks last year, apparently to slow the delivery of oil and supplies in protest of a natural gas pipeline across through Indigenous land in British Columbia. Opponents say the 416-mile Coastal GasLink Pipeline Project will worsen environmental damage.”

Co-defendant Brooks pleaded guilty July 9, 2021, to interference with a railroad signaling system. Brooks faces up to 20 years in prison when sentenced by Chief U.S. District Judge Martinez on October 8, 2021. Chief Judge Martinez will determine the appropriate sentence after considering the U.S. Sentencing Guidelines and other statutory factors.