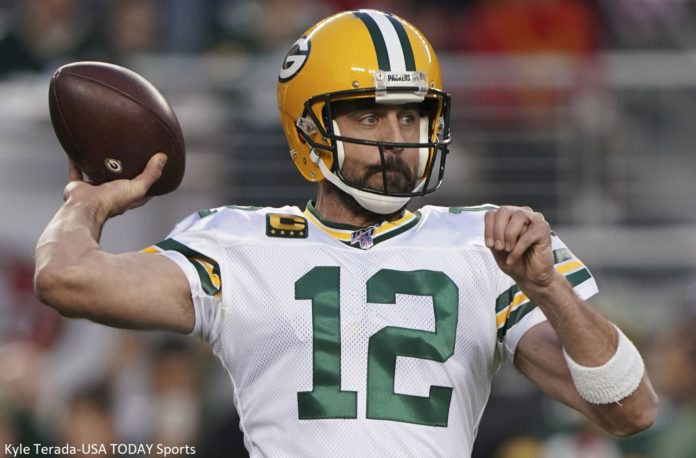 Aaron Rodgers spoke out Tuesday on The Pat McAfee Show after testing positive for COVID-19, saying he takes “responsibility” for misleading fans with ‘immunized’ comments but added that it’s time for him to focus on football again.

“I understand that people are suffering, and this has been a really difficult time for the last two years on so many people,” said the future Hall-of-Famer. “I think we all know individuals who have lost their lives personally, people who have lost their businesses, their livelihoods, their way of life has been altered completely, and I empathize with those things. And I also know how sports can be a connector and bring people together in times of adversity, and I do realize that I am a role model to a lot of people.

“So I just want to start off the show acknowledging that I made some comments that people might have felt were misleading. To anybody who felt misled by those comments, I take full responsibility for those comments. I’m excited about feeling better and I’m excited about moving forward and hopefully getting back with my team and getting back to doing what I do best, and that’s playing ball. It’s been tough to be away from it. I’ve been obviously dealing with the COVID and I feel like I’m on the other side of it thankfully, and thankful to still be able to have something to look forward to, hopefully.”

The Green Bay Packers quarterback spoke about his connection with Joe Rogan and Ivermectin.

“I think first if you find your identity in yourself and you don’t find your identity in the opinions of others, then you don’t need that validation and that love from other people,” Rodgers said. “You can get it from yourself. That’s not being selfish, that’s just learning in a healthy way (to) love yourself and respect yourself and believe in yourself. I definitely was tested, you know, by some of the comments that I heard and saw. I’m human. Stuff can definitely hurt your feelings.

“Look, I shared an opinion that is polarizing, I get it, and I misled some people about my status, which I’ve taken full responsibility of, those comments. But in the end, I have to stay true to who I am and what I’m about, and I stand behind the things that I said. I have a ton of empathy who have been going through the worst part of this pandemic, which has affected all of us in different ways, with so many people, like I’ve said, with lives that were lost, lives that were forever changed, and I have a ton of compassion, empathy for those people, and I’ve tried to help out as much as I can.”

“The other stuff is so out of my control, and there’s going to be people that don’t like you and hate you for things you said or might not even understand what you said or know what you said — it might just (be) a headline — and that’s fine. I believe that people are entitled to their opinion and even it’s a thing that’s unfavorable of me. But I’m going to continue to try and be the best version of me moving forward and I’m excited about getting back on the field as soon as possible.”