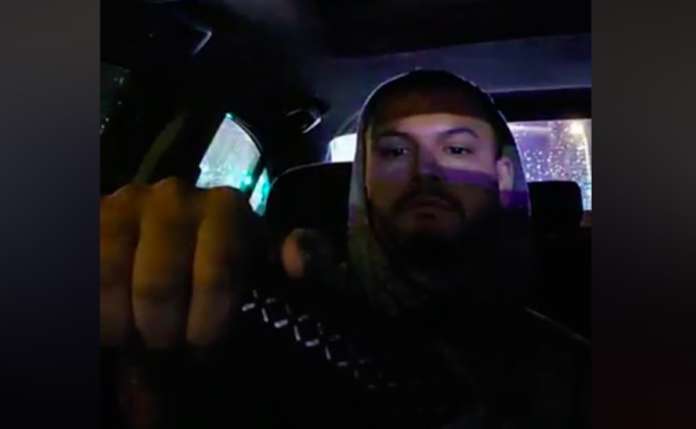 Police near Minneapolis shot and killed a driver following a chase after he apparently emerged from his car holding a knife and refused their commands to drop it.

The Star Tribune reported: The man, later identified as Brian J. Quinones, recorded himself driving and repeatedly glancing in the rearview mirror as flashing red-and-blue lights tail him in the background. He appears calm, bobbing his head to radio and occasionally singing along.

At the 12-minute mark, he suddenly stops the car and jumps out, with what appears to be a knife in his left hand. Officers can be heard screaming something unintelligible in the background, then rush forward with their guns drawn. Multiple officers fire at least seven times, pause, then fire another four rounds.

A man in Richfield MN live streamed a police chase he was in….that resulted in an OIS…he was killed in shooting pic.twitter.com/xr5voeaUBe