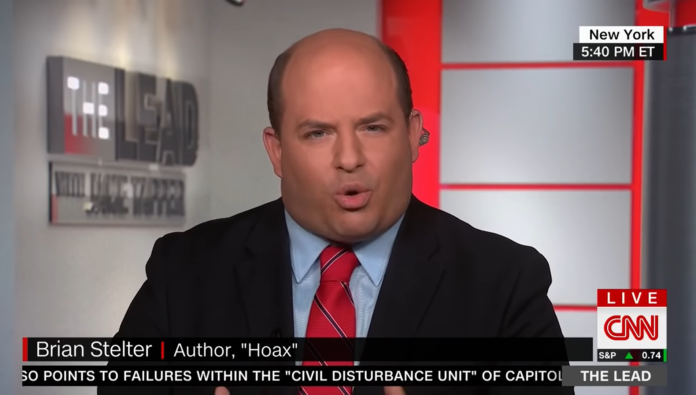 CNN’s Brian Stelter on Tuesday said he had to partially rewrite his book, ‘Hoax: Donald Trump, Fox News and the Dangerous Distortion of Truth’ for his paperback version after new revelations about the Jan. 6 riot.

Stelter says Fox News has been ‘radicalized’ and is practicing ‘riot denial.’

“Fox staffers who leaked to me by the dozen said they were distraught that the network has downplayed the crimes at the Capitol,” Stelter said. “They’ve looked the other way.”

WATCH NEXT: A furious Geraldo Rivera lashed out at Dan Bongino on Fox News, calling him ‘a punk’ and hurling a wad of paper at the camera: ‘I’m sick of you!’