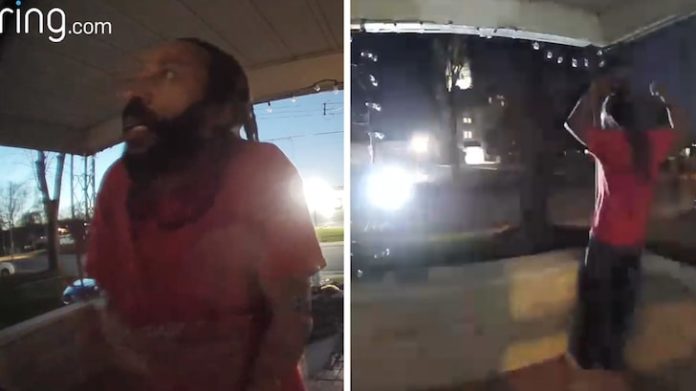 Video captured by a Ring camera appears to show Darrell Edward Brooks at a home before being arrested in connection to the Waukesha parade killings.

Around 5 p.m. local time, Brooks began beating on the door of the home.

“I called an Uber and I’m supposed to be waiting for it over here, but I don’t know when it’s coming,” he says. “Can you call it for me please? I’m homeless.”

Daniel Rider, the resident of the home, told NBC News he’d been watching football and wasn’t aware of the parade crash.

Rider says he invited Brooks inside, provided him a jacket, let him use his cell phone and even prepared him a sandwich.

Not long after, police arrive and take Brooks into custody.

“All of a sudden, I look outside my street and I see a few cop cars drive by and I’m getting extra nervous,” Rider told NBC News. “Then the next thing you know, you see the cops with lights on him saying, ‘hands in the air, hands in the air.'”

Police said Brooks acted alone when he fled the scene of a domestic disturbance before mowing down participants in the Christmas Parade.