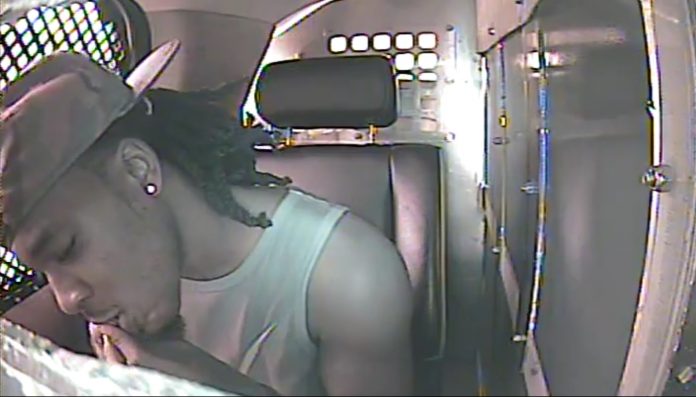 WATCH: (Scroll Down/Video may take a moment to load) A man from Florida has made a brazen attempt to chew off his fingerprints whilst in the back of a patrol car to avoid being identified by the police. 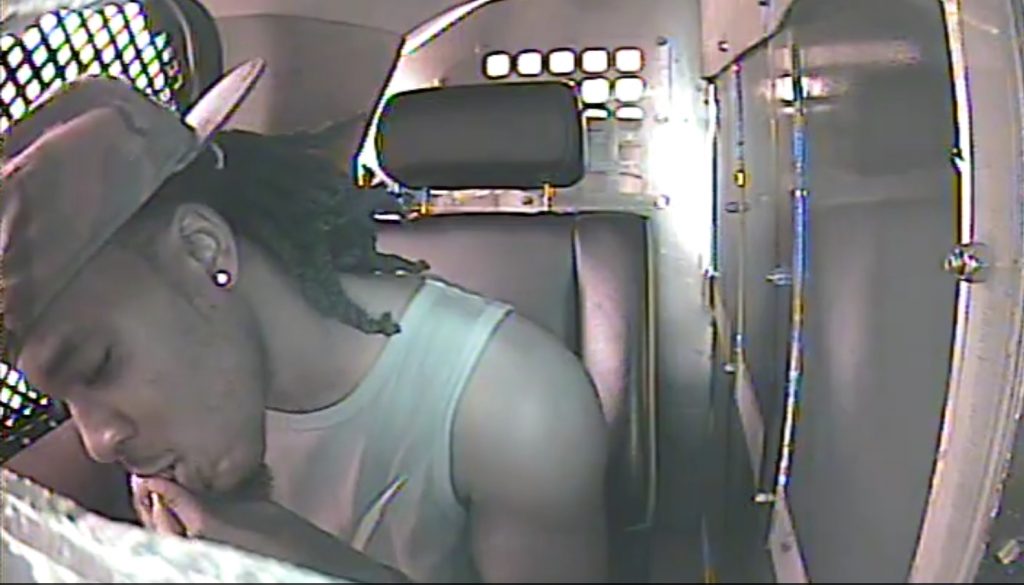 On Thursday night, Lee County Sheriff detectives had noticed a Mercedes reported as stolen, after stopping the vehicle, they found the driver they was looking for, Kenzo Roberts, he was in possession of a fake ID, a concealed firearm and possessed three fraudulent credit cards.

Surveillance video from the patrol car shows Roberts trying to bite off his fingerprints whilst seated in the back of the patrol car. County Sheriff officials also said that Roberts has two felony warrants for his arrest for aggravated assault with a deadly weapon.

On July 30, 2015, the Lee County Sheriff's Office Highway Interdiction Team encountered a criminal so desperate to not be identified that he chewed off his own finger prints. It all started with a traffic stop on State Road 82. Detectives spotted a 2015 Mercedes which had been reported stolen. Through the course of the investigation it was discovered that the driver, Kenzo Roberts (B/M, DOB 10/28/1994), was using a fraudulent ID, had a concealed firearm, and possessed three fraudulent credit cards. As Roberts was being detained in the back of the patrol vehicle, he attempted to remove his own fingerprints by chewing them off and rubbing them against the cage. A fingerprint scanner quickly identified Roberts and showed two felony warrants for his arrest out of Broward County for Aggravated Assault with a Deadly Weapon. Detectives with the Auto Theft Unit responded and, along with the Interdiction Team, charged Roberts with the following criminal charges: Possession of a Counterfeit Credit Card (3X), Grand Theft Auto, Possession of a Concealed Firearm, Possession of Similitude of a Driver's License, Driving while License Suspended, and False Identification given to law enforcement. Border Patrol was contacted and found that Roberts was in the U.S. illegally.