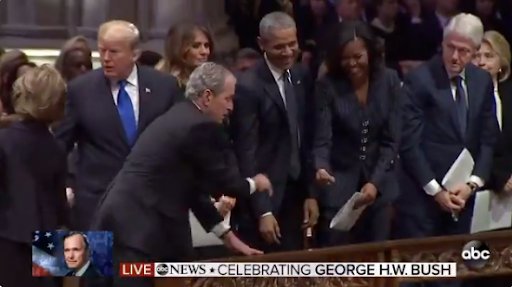 George W. Bush appeared to pass Michelle Obama a mint or candy as he took his seat at his father’s funeral – just like he did at Sen. John McCain’s funeral this summer.

A sweet moment on a sad day. ???? George W. Bush slipped Michelle Obama a piece of candy during #GeorgeHWBushFuneral, and the Obamas’ reactions were everything. pic.twitter.com/rpCj3A3si1