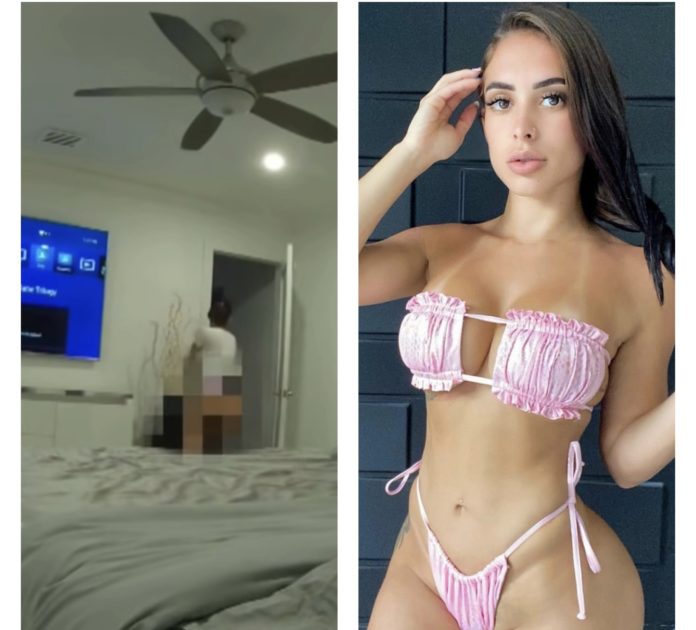 Chilling surveillance video captured a gunfight that broke out after armed intruders stormed a home in Northwest Miami-Dade County.

On October 4th, Ansley Pacheco’s home was invaded by gunmen when the quick-thinking mom grabbed her own gun to defend her son and husband. Pacheco is an Instagram model and also runs an OnlyFans account.

“While I was in the bathroom, I started to hear the commotion, I started hearing, ‘Get down, get down, give me everything you got,’” she said. “I went to the nightstand; I grabbed the gun and I opened the door. I saw one if they guys face to face with me. He told me to put my gun down. I just shook my head no, and then I said, ‘Don’t shoot me, my son is in here.’”

“They finally just ran out,” Pacheco told WPLG. “My husband ran and got the gun and shot back at the vehicle that was leaving.”

“I just knew that I had to do something, and my first instinct was to grab the gun and defend my husband and my son.”

Police are still seeking to identify the suspects.