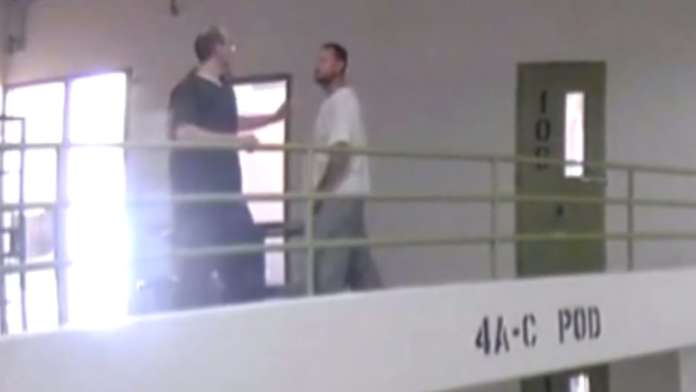 NEW MEXICO — (Scroll down For Video) — The man who kidnapped Jayme Closs and killed her parents got into a fight in a prison with an inmate who asked about the case.

According to Fox News, ‘inmates told Patterson he needed to leave their pod because of his case “involving the 14-year-old girl,” referring to Closs, who was 13 years old when she was kidnapped last year and held for months.’

[READ NEXT: HORRIFYING DETAILS: Jayme Closs’ mom was forced to tape her daughter’s mouth shut before she was killed]

Patterson abducted thirteen-year-old Closs from her family’s home in Barron, Wisconsin after forcing his way inside and fatally shooting her mother and father. Patterson took Closs to a house 70 miles away in rural Gordon, Wisconsin, and held her in captivity for 88 days until she escaped on January 10, 2019.