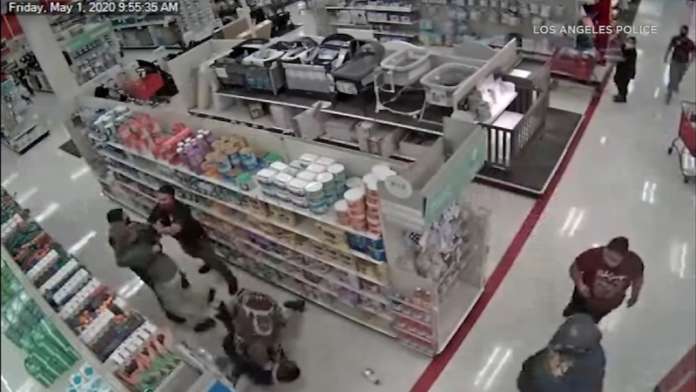 On May 1, 2020, around 10:20 a.m., two suspects entered a local store in the 5700 hundred block of Sepulveda Boulevard, in the city of Van Nuys with no mask on. The two male suspects were confronted about not wearing masks within the retail store. When they refused to wear a mask, they were escorted out of the store.

As they approached the exit, one suspect, suddenly without provocation, turned and punched a store employee, causing him and the suspect to fall to the floor. While on the ground, the store employee broke his left arm. A fight erupted between the two suspects and store employees.

Los Angeles Fire Department paramedics transported the store employee to a local hospital and was treated for his injuries.

The two suspects were shortly arrested on the same day for Felony Battery and their bail was set at $50,000.