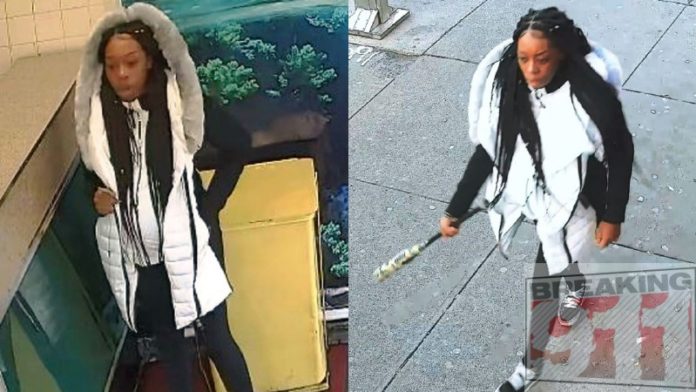 BRONX — (Scroll Down For Video) — The New York City Police Department is looking for the woman in the attached video who smashed a storefront windows out over not being served a beef patty.

Police tell Breaking911.com that the female walked inside the “Back Home Restaurant” located at 750 East 169 Street, and ordered a beef patty. When the employee informed the individual that there were no beef patties in stock she became upset and exited the location. The female then returned a short while later armed with a baseball bat, and began to break the store’s window and glass front door.

She fled southbound on Boston road. There were no injuries reported.

Anyone with information in regard to this incident is asked to call the NYPD’s Crime Stoppers Hotline at 1-800-577-TIPS (8477).