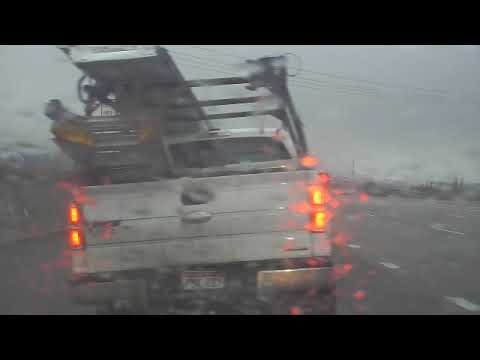 UTAH — The below video shows the events that unfolded on the morning of March 25th, 2020 at approximately 8:22 am, A Davis County Trooper observed a pick-up truck traveling at freeway speeds suddenly swerve into the barrier on I-15 in Kaysville at mile post 327. The truck continued to impact the center median barrier even losing a tire at one point. The driver failed to yield to the Trooper’s emergency lights and siren and continued driving southbound. Modified police intervention techniques were utilized to get the driver to finally come to a stop. It was later determined that the driver was experiencing a medical episode after being evaluated by Troopers, Kaysville Fire Department Personnel and Davis County Sheriff’s Office Paramedics.