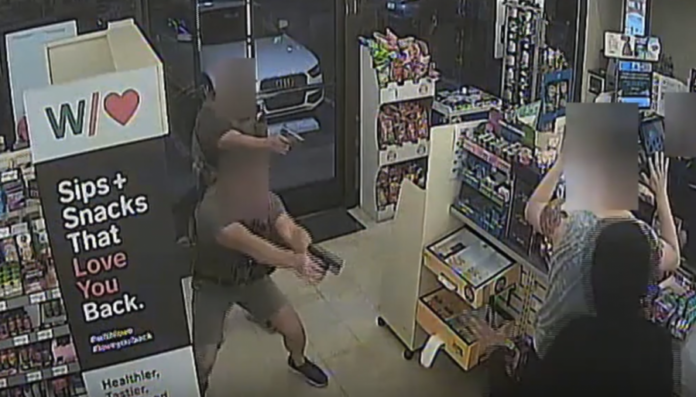 The Long Beach Police Department Tuesday, Nov. 12, released surveillance video footage of an officer-involved shooting that took place inside a 7-Eleven convenience store in the 5100 block of Pacific Coast Highway, Sept. 19. Police said detectives had been tracking a dark-colored Nissan Altima believed to be involved in several recent robberies when it pulled behind the store and a man jumped out of the passenger side and ran into the location with a firearm, which was later determined to be a BB-gun.