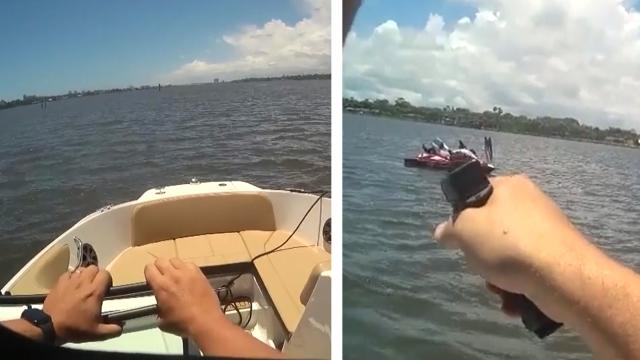 Volusia County, Florida — Around 12:30 p.m., deputies responded to assist the Ormond Beach Police Department on a report of an in-progress theft of a jet ski. The suspect, Ronald Williams, had been unable to get the watercraft started, but decided to float away on it anyway. Nearby, a family was about to head out on the water for the afternoon, but instead they allowed deputies to take their boat over to the suspect, who was still floating in the Intracoastal Waterway trying to get the jet ski started. Williams was taken into custody without incident and the jet ski was returned to its owner.