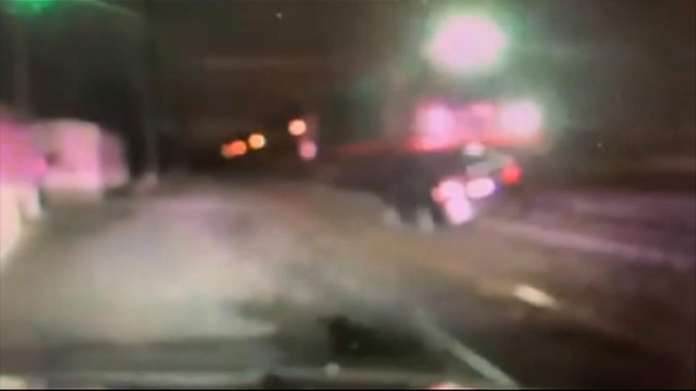 Police officers and a driver had to scramble for cover as an Amtrak train hit a car stuck on train tracks in New Jersey at high speed, sending the vehicle into a patrol car and sending debris flying. The crash occurred about 11:57 p.m. Tuesday, Nov. 19, 2019, near Princeton Junction Train Station in West Windsor. No Injuries were reported.