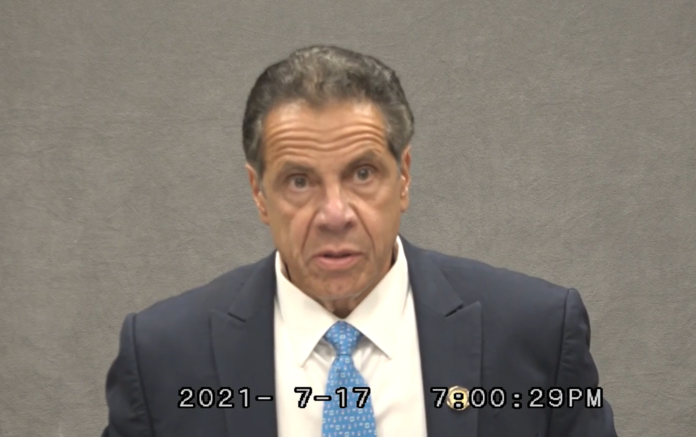 On August 3, 2021, after nearly five months of investigating, the independent investigators appointed by New York Attorney General Letitia James — led by Joon H. Kim and Anne L. Clark — released their report concerning the multiple allegations of sexual harassment by Cuomo. Following the release of the report, multiple district attorneys asked that the OAG refrain from publicly releasing transcripts and other evidence so that their offices could first investigate and determine whether to file criminal charges against Cuomo.

However, following the filing of a criminal complaint against Cuomo on October 28, 2021 in Albany County, the Albany County District Attorney’s Office informed the OAG that it would begin releasing evidence to Cuomo to comply with New York state’s discovery laws. These laws state that once someone is charged with a crime, they must be furnished transcripts and other evidence in their case. As these materials are now being released by the Albany County District Attorney’s office — and in an effort to provide full transparency to the people of New York — the OAG informed local district attorneys that it would immediately begin releasing, on a rolling basis, all transcripts, corresponding exhibits, and videos compiled during the investigation, pending redactions to protect the privacy of individuals, as appropriate. This rolling release of evidence began on November 9, 2021.

The investigation was conducted after, on March 1, 2021, the Executive Chamber made a referral, pursuant to New York Executive Law Section 63(8), for Attorney General James to select independent lawyers to investigate “allegations of and circumstances surrounding sexual harassment claims made against the governor.” Kim and Clark were chosen to lead the investigation on March 8, 2021.

Below is the full video testimony with Cuomo. See all released files by clicking here.