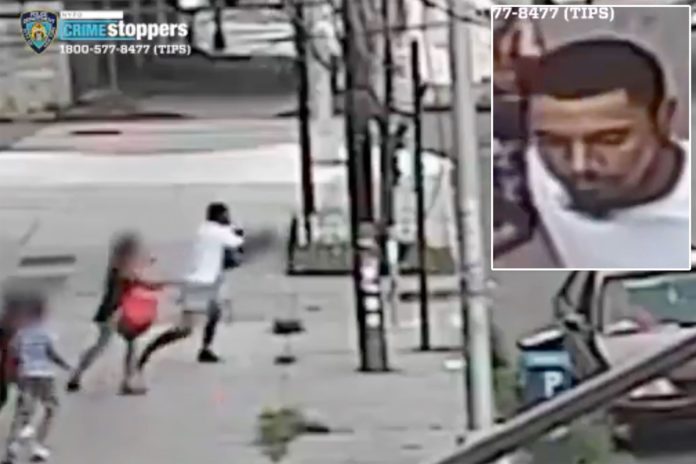 Queens District Attorney Melinda Katz Friday announced that James McGonagle, 24, has been indicted by a Queens Grand Jury and arraigned in Supreme Court on charges of attempted kidnapping and other crimes for allegedly grabbing a 5-year-old boy off the sidewalk as he walked with his family on July 15, 2021.

District Attorney Katz said, “In a brazen fashion, the defendant grabbed the little boy, who was just a few steps from his mother, and allegedly tried to kidnap him. This is a parent’s worst fear. This mother fought to save her son. Never underestimate the strength of a mom. Thankfully he has been apprehended and will face justice.”

McGonagle, of Parsons Boulevard in Fresh Meadows, Queens, was arraigned this afternoon before Queens Supreme Court Justice John Zoll on a two-count indictment charging him with attempted kidnapping in the second degree and endangering the welfare of a child. Justice Zoll ordered the defendant to return to Court on September 8, 2021. McGonagle faces up to 15 years in prison if convicted.

According to the charges, said District Attorney Katz, at approximately 8 p.m. on July 17, 2021, in front of 117-07 Hillside Ave., the defendant, was observed on video surveillance exit a red vehicle that had been parked on the street.

The defendant allegedly charged at the 5-year-old victim, picked him up and tossed him into the back seat of the red car. The victim’s mother ran to the vehicle, reached inside the opened rear window, grabbed her son and attempted to pull him out of the car. McGonagle allegedly clutched the child’s legs from the opposite side of the car and attempted to pull him back into the vehicle.

Continuing, DA Katz said, during the struggle, a male passenger who had been seated in the vehicle was heard asking the defendant “What are you doing?” The defendant allegedly responded in sum and substance, “We are taking the kid.” The boy’s mother was able to pull her son through the window and out of the car. Seconds later the defendant sped off.

The other man in the video is identified as McGonagle’s father. He remains at large.

McGonagle was apprehended on July 16, 2021, at approximately 12:26 a.m., after being observed by police officers inside a Brooklyn hospital being treated for facial injuries.