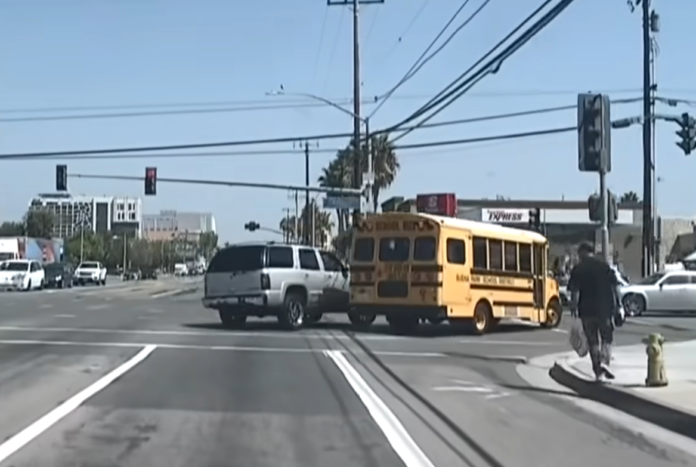 BUENA PARK, Calif. — Buena Park Police Department homicide detectives have identified the motive for a shooting at a school bus that occurred on Friday, September 3, 2021.

Police say Suspect Cedric Baxter was trying to kill the school bus driver, who was Baxter’s wife. Baxter was estranged from his wife.

On that day, a Buena Police Officer observed Baxter shooting at the bus in the area of Orangethorpe Avenue and Western Avenue. The officer tried to stop the vehicle, and a pursuit ensued.

The pursuit traveled throughout surface streets in the city of Buena Park. The suspect vehicle pulled into the Buena Park School District parking lot located at 6885 Orangethorpe Avenue. An officer-involved shooting occurred, and two police officers fired their weapons. Baxter was pronounced dead at the scene.