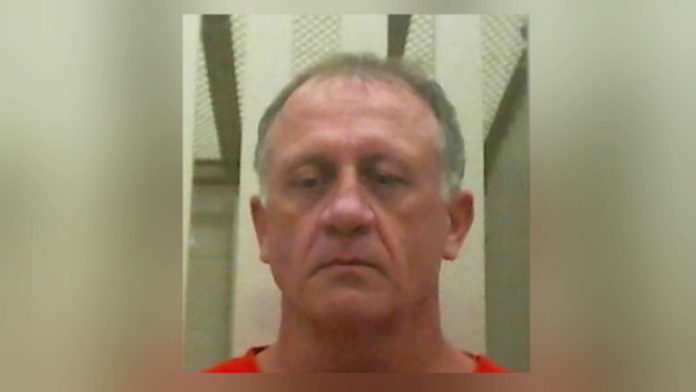 The jury found Carl Gene Ortner Jr., 57, of Quapaw, guilty of transportation with intent to engage in criminal sexual activity, sexual abuse of a child in Indian Country, abusive sexual contact in Indian Country, possession of parts of a bald eagle, and possession of parts of a golden eagle. U.S. District Judge John F. Heil III presided over the trial and set sentencing for Sept. 30, 2021.

“Carl Ortner is not a Native American spiritual counselor, as he led his community to believe. A jury this week saw Ortner for what he was – a predator who targeted a vulnerable young victim, using her Native American heritage and grief to sexually abuse her,” said Acting U.S. Attorney Clint Johnson. “During this trial, two other victims came forward and stated that Ortner also abused them. All three of these young women are to be commended for their bravery and for stopping this defendant from harming others.”

“No matter what type of crime wildlife is connected to, we will work tirelessly with our law enforcement partners for justice,” said Phillip Land, Special Agent in Charge of the Southwest Region for the U.S. Fish and Wildlife Service, Office of Law Enforcement. “These guilty verdicts send a strong message that these types of crime will not be tolerated, and we thank the U.S Attorney’s Office, the Federal Bureau of Investigation, Bureau of Indian Affairs, Oklahoma Department of Wildlife Conservation, and the Ottawa County Sheriff’s Office for their assistance with this case.”

Assistant U.S. Attorneys Shannon Cozzoni and Ryan Roberts argued that Ortner fraudulently claimed to be a Native American spiritual counselor. Assistant U.S. Attorney Cozzoni pointed out the defendant portrayed himself as an Indian, yet he had no tribal affiliation. He told several people he was a member of several Tribes, but no Tribe claimed him.

A special agent with the Fish and Wildlife Service testified that investigators discovered feathers and various parts of bald and golden eagles, including heads, talons, and entire wings, at Ortner’s residence. Native Americans consider eagles to be sacred and use the parts in cultural and religious practices. Ortner illegally possessed the feathers and parts.

Further evidence was presented showing that the defendant used his position of influence to groom the victim and force her into sexual relations with him, using her cultural beliefs and vulnerability against her. The victim also had been struggling with losing a loved one, and Ortner used the loss to further groom the victim.

In 2016, Ortner began sexually abusing the minor. While some of the abuse allegedly occurred within state jurisdiction, Ortner, who is not a tribal citizen, also abused the victim on Indian land, which falls within federal jurisdiction. Furthermore, Ortner at one point drove the victim to Joplin, Missouri, to engage in criminal sexual activity with the minor victim. Crossing state lines to engage in illegal activity falls within federal jurisdiction.

Witnesses testified that Ortner threatened to embarrass the victim and the tribe unless she said the sexual assault did not happen. Also testifying for the government were two other women who stated that Ortner also groomed them as minors and sexually abused them.

In the Government’s closing, Assistant U.S. Attorney Roberts reminded the jury that all three women, who did not know one another, had made similar statements in court. They were vulnerable minors when the sexual abuse occurred. Several had experienced recent deaths of loved ones, which Ortner exploited. Ortner would also buy them lingerie and use the same term to describe the undergarments. Roberts called Ortner a wolf in sheep’s clothing, stating that he disguised himself as a caring Native American elder to get close to the victims. Then when the time was right, Ortner attacked.

The jury took less than two hours to deliberate before coming back with guilty verdicts on all five counts.