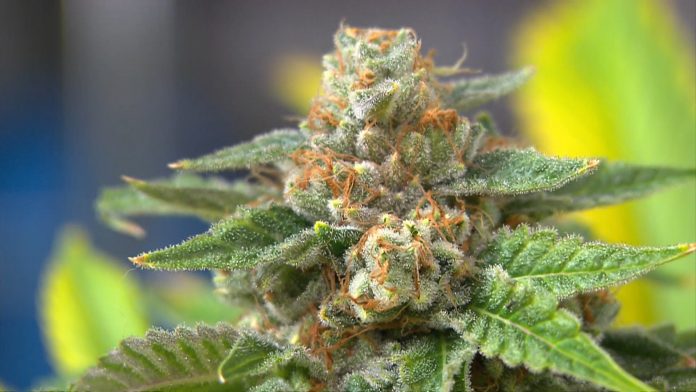 “The defendant and her co-conspirators built a house of credit cards fueled by a bottomless pit of greed.” said U.S. Attorney Billy J. Williams, “The sheer scale and amount of the fraud exposed by the dedicated and determined law enforcement investigators on this case is astounding and took years to unravel. This prosecution signals the end of the line for this criminal enterprise and all those involved”

“This fraud funded a lavish lifestyle of luxury goods and vacations while also supporting an illegal marijuana grow operation that was not licensed in Oregon and sent pot out of the state,” said Renn Cannon, Special Agent in Charge of the FBI in Oregon. “While Gevorkova and her co-conspirators used the Corvallis Cannabis Club as a legal front they cost the victim banks hundreds of thousands of dollars in losses.”

“Gevorkova and her co-conspirators took advantage of the U.S. Mail to commit bank fraud and identity theft in furtherance of the distribution of illegal narcotics while acting under the guise of a legitimate business. This abuse of the U.S. Postal Service allowed them to finance a lavish lifestyle at the expense of honest Oregonians. The Postal Inspection Service works tirelessly to hold criminals who misuse the U.S. Mail accountable.” said Tony Galetti, Inspector in Charge, Seattle Division, U.S. Postal Inspection Service (USPIS).

According to court documents, in December 2016, USPIS and the FBI initiated an investigation concerning a credit card “bust-out” fraud perpetrated by individuals residing in the Corvallis, Oregon area. As the investigation expanded, it included the Drug Enforcement Administration. Gevorkova and her co-conspirators opened credit card accounts using stolen and fictitious identities, using the funds on expensive jewelry, clothing, gambling, vacations, as well as establishing and operating at least two large marijuana grows and covering the operating expenses of Corvallis Cannabis Club, a state-licensed marijuana retail sales business in Corvallis.

Gevorkova obtained numerous credit cards, working with co-conspirators to create fake or altered identification information, such as fake Oregon ID cards. Gevorkova recruited others into the conspiracy, including enticing workers at Corvallis Cannabis Club to engage in the fraud for a monetary kickback.

After numerous purchases and payments on the fraudulent credit cards, the co-conspirators reported to their financial institution that the payments made to the cards were not authorized. The banks obtained reimbursement from the card company, which resulted in losses in excess of $1,500,000 in amounts substantially greater than the card’s credit limit.

As part of the conspiracy, Gevorkova and her co-conspirators used the proceeds of the conspiracy to establish and operate marijuana grows and Corvallis Cannabis Club. The investigation uncovered two active marijuana grows, both of which were not licensed by the State of Oregon. One marijuana grow was located in a warehouse one block away from Corvallis Cannabis Club. Gevorkova and her codefendants established the marijuana grow and paid for expenses, such as rent, utilities, and growing supplies, utilizing credit cards from the fraud conspiracy. On June 12, 2018, agents seized over 1,200 marijuana plants from the warehouse and another 200 plants from another illegal grow site in Philomath.