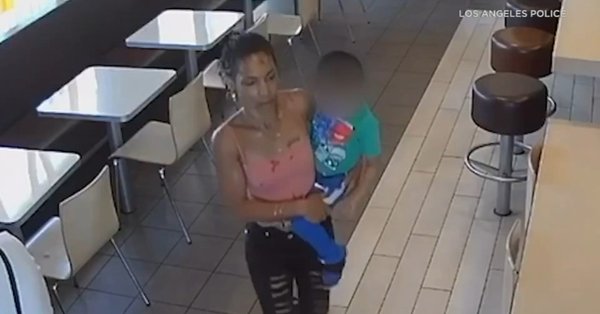 Los Angeles — The suspect in the kidnapping incident that occurred at the McDonald’s located at 1310 East Olympic Boulevard in downtown Los Angeles has been identified as Maralyn Ramos. She was arrested and booked for Kidnapping and her bail is set at $100,000.

We need your help to identify & arrest this kidnap suspect. On May 14 she kidnapped a 4 yr old from inside a McDonald’s restaurant on Olympic Blvd & Central Ave, but fortunately witnesses intervened & she let the child go. Any info contact LAPD RHD Detectives (213) 486-6840. pic.twitter.com/afwKooT1Bn

On May 15, 2019, at 10:35 p.m., Central Area uniformed officers contacted the suspect during an unrelated incident in the area of Agatha Street and San Pedro Street. They recognized her as the suspect in the kidnapping and took her into custody without incident.