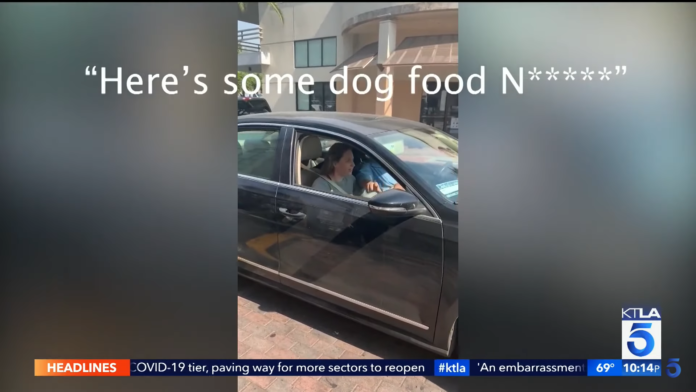 A 37-year-old woman has been charged with hurling racial epithets and attacking a Black female security guard at a West Hollywood supermarket parking lot ;ast week.

Kashmire Duran of Malibu faces one felony count each of assault with a deadly weapon, glass bottle, and assault by means of force likely to produce great bodily injury as well as one misdemeanor count of violation of civil rights.

On Oct. 5, the victim attempted to stop an argument involving Duran when the defendant insulted her, threw a glass bottle at the woman and assaulted her, prosecutors said.

If convicted as charged, Duran faces a possible maximum sentence of six years in prison.