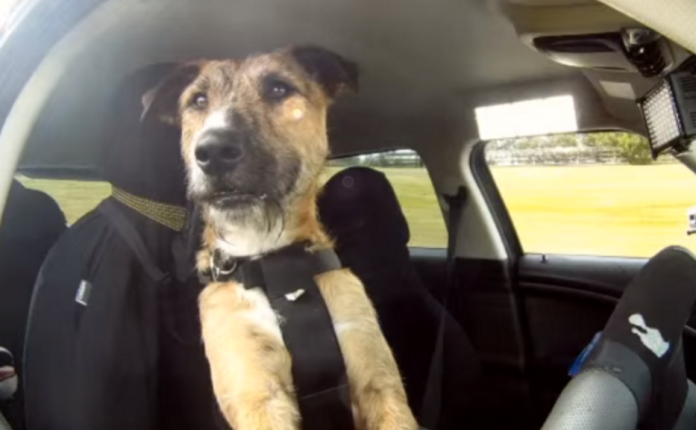 WATCH: (Scroll Down For Video) WAYNE, West Virginia — A pair of dogs that were left in a car with the engine still running crashed it into a Walmart, police said on Sunday.

Asked how he would react if he saw a dog driving towards him, he said: ‘I would laugh for sure but then I would be like, ‘oh wow, dogs can drive.’’

Their owner, a women in her late 70s, was able to drive the car home after the incident.

Shoppers told WSAZ, they were surprised when they saw a dog driving the car.

The owner of the dogs said that she left the engine running so that the dogs could use the air conditioning.