Riverside, CA – Saturday morning on April 3rd, just before 7:30 a.m. 911 received several calls of a woman lifeless on the ground on Golden Avenue, just north of Stonewall Drive in the La Sierra neighborhood of Riverside.

When Police Officers and Paramedics arrived, they located a woman bleeding from her abdomen and suffering from multiple stab wounds. The victim was taken to a local hospital, but succumbed to her injuries.

The victim was identified as 64-year-old Ke Chieh Meng of Riverside.

Shortly after, the dispatch center began receiving calls from neighbors reporting a homeless woman walking through their yards and appearing suspicious. Officers checked the nearby area and safely detained the woman. She was identified as Darlene Stephanie Montoya, 23-years-old \from Monterey Park in Los Angeles County.

Police say Meng was walking her two small dogs along Golden Avenue that morning when she was randomly confronted and attacked by Montoya.

Montoya was later booked for murder, weapons violation, and suspicion of being under the influence of an illegal substance. She is being held without bail. 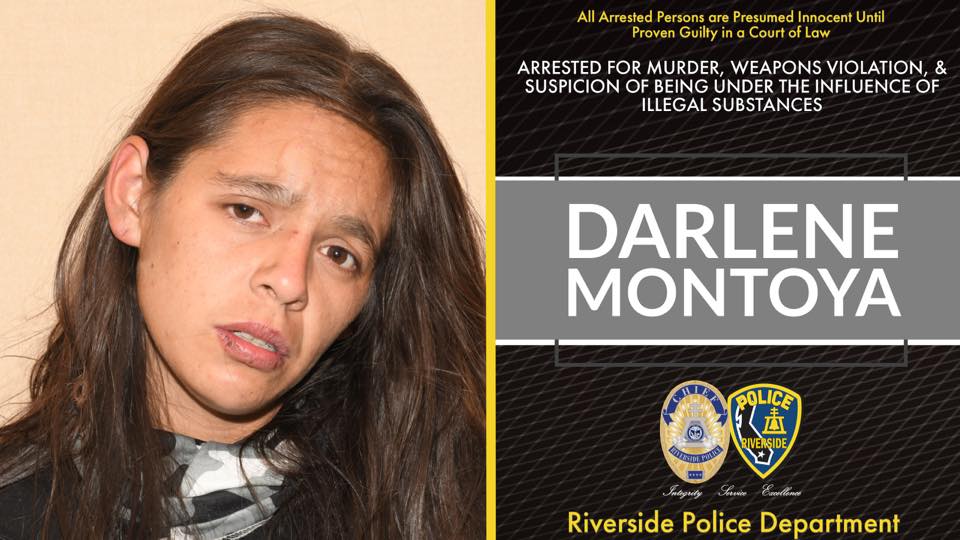 Montoya was arrested by Riverside Police Officers just days earlier after she attacked a woman with a skateboard on Tyler Avenue at the 91 Freeway overpass. Officers arrested and booked Montoya into jail for assault with a deadly weapon, but due to the current emergency bail schedule during the COVID-19 pandemic, she was released on a “Notice to Appear” citation.