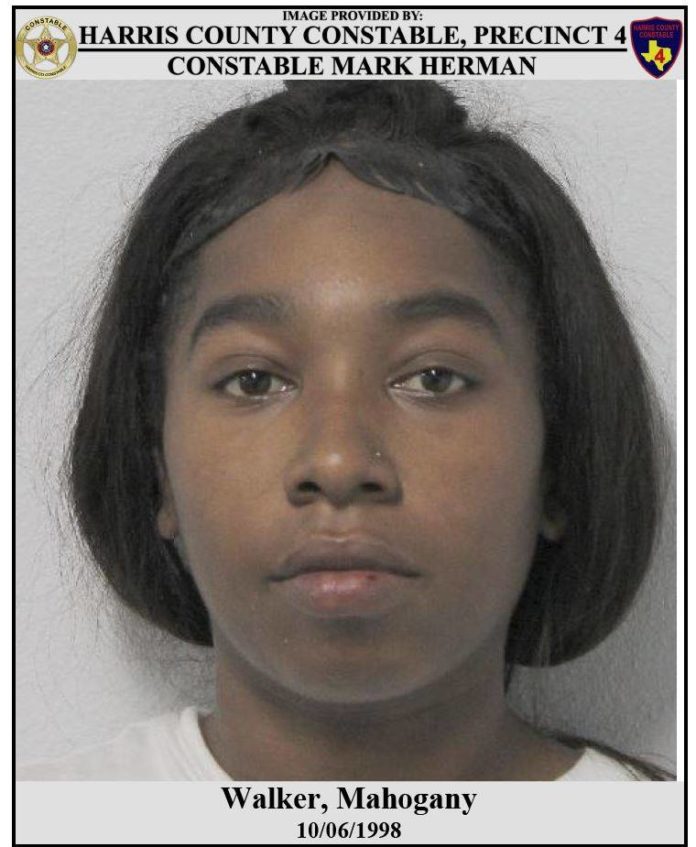 HOUSTON, Texas — On May 20, 2019, deputies with the Constable Mark Herman’s office responded to the 4600 block of Geneva Drive in reference to a weapons disturbance.

Upon deputies arriving, the complainant advised that during a verbal altercation with the suspect, Mahogany Walker, she pointed a firearm at his head. She admitted that she pointed the firearm at him but only wanted to scare him off.

Mahogany Walker was arrested and booked into the Harris County Jail, charged with Aggravated Assault with a Deadly Weapon. She received No Bond out of the 230th District Court.