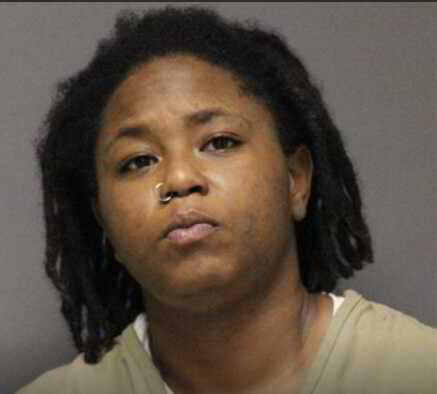 On Wednesday, June 21, 2022, at approximately 1412 hours, an 18-year-old male arrived at the Manchester Township Police Department and reported that he was the victim of a robbery. According to the victim, a female contacted him on Snapchat earlier in the day. The conversation was in reference to purchasing items, which the victim was selling. Both parties later met at the Dollar General, located at 1924 State Highway 37, in Manchester. During the encounter, the female suspect poured a water bottle containing gasoline all over the victim. The suspect then held a butane torch to the victim’s person and forced him to hand over sneakers, clothing, approximately $300.00 in cash, and his cell phone. After robbing the victim of these iters, the female fled the area westbound on State Highway 37.

Through various investigative efforts, Eboni Hester, 27, of Manchester Township, was identified as a person of interest. As the investigation, led by Detective Victoria Guarino of the Manchester Township Police Investigations Bureau progressed, sufficient incriminating evidence was recovered, resulting in Hester being arrested and charged with the aforementioned criminal offenses. Hester was lodged in the Ocean County Jail pending a detention hearing.