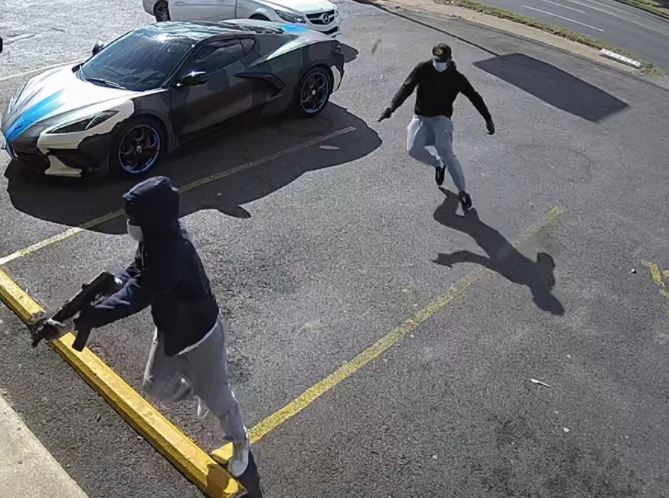 Cornelius Smith, 32, was indicted on additional counts of attempted first-degree murder, convicted felon in possession of a firearm, employment of a firearm in the commission of a dangerous felony, and theft of property over $10,000.

Smith is being held without bond.

He was arrested on Dec. 9 in Southaven on an auto-theft warrant involving the white Mercedes Benz vehicle used in the killing of Young Dolph, 36, whose given name was Adolph Robert Thornton Jr.

The white 2014 Mercedes vehicle was taken in a carjacking on Nov. 10, 2021, at a gas station in the 2800 block of Kirby Road. The vehicle was found on Nov. 20 behind a residence in the 1100 block of Bradley in Orange Mound where a tipster said it was abandoned shortly after the homicide on Nov. 17.

Smith was extradited Tuesday and transferred to the Shelby County Jail from the DeSoto County Jail in Hernando where he had been held since his arrest.

The victim in the attempted murder count was Young Dolph’s brother who was with him at the time of the shooting.

Earlier this month, the U.S. Marshals Service, the Memphis Police Department, the Tennessee Bureau of Investigation, and CrimeStoppers of Memphis announced a reward of up to $15,000 is being offered for Justin Johnson, 23, who they said also is a suspect in the murder of Young Dolph.

Johnson, also of Memphis, announced on social media recently that he planned to turn himself in on Monday (Jan. 10), but that did not happen. Johnson, a rapper known as Straight Drop, also has an outstanding warrant for violation of supervised federal release related to a weapons conviction.

The case is being handled by Chief Prosecutor Paul Hagerman and by Asst. Dist. Attys. Austin Scofield and Joey Griffith of the District Attorney’s Crime Strategies & Narcotics Prosecution Unit.