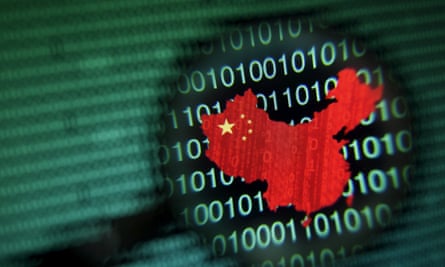 Hao Zhang, 41, of China, was found guilty of economic espionage, theft of trade secrets, and conspiring to commit both offenses today, announced the Department of Justice. The ruling was handed down by the Honorable Edward J. Davila, U.S. District Judge, following a four-day bench trial.

Evidence submitted during the course of the trial demonstrated that from 2010 to 2015, Zhang conspired to and did steal trade secrets from two companies: Avago, a designer, developer, and global supplier of a broad range of analog, digital, mixed signal and optoelectronics components and subsystems with a focus in semiconductor design and processing, headquartered in San Jose, California, and Singapore; and Skyworks, an innovator of high performance analog semiconductors headquartered in Woburn, Massachusetts. Judge Davila found that Zhang intended to steal the trade secrets for the benefit of the People’s Republic of China

“The defendant plotted with Tianjin University to take trade secrets from two U.S. companies, including his own employer, to China for the benefit of the Chinese Government,” said Assistant Attorney General for National Security John C. Demers. “Today’s guilty verdict on all counts is an important step in holding accountable an individual who robbed his U.S. employer of trade secrets and sought to replicate the company’s technology and replace its market share. The Department of Justice’s commitment to prosecuting these cases should serve as a cautionary tale to anyone considering doing the same.”

“A free nation is naturally innovative. No nation is more innovative than the United States. Countries without freedom cannot match our innovation, and inevitably must resort to theft. Theft is not innovation. By combatting theft, we protect innovation and freedom,” said U.S. Attorney David L. Anderson for the Northern District of California.

“Economic Espionage is a pervasive threat throughout the United States, particularly to the San Francisco Bay Area and Silicon Valley which is the center of innovation and technology,” said FBI Special Agent in Charge John F. Bennett. “While this case exemplifies how easily a few motivated employees can conspire to misappropriate intellectual property for the benefit of the People’s Republic of China, Zhang’s conviction should serve as a warning to our adversaries that the FBI and our partners remain committed to aggressively investigating and prosecuting these crimes.”

According evidence presented during the bench trial, Zhang stole trade secrets relating the performance of wireless devices. Specifically, Surface Acoustic Wave (SAW) and Bulk Acoustic Wave (BAW) filters are used in wireless devices to eliminate interference and improve other aspects of device performance. Film Bulk Acoustic Resonators (FBAR) are one type of BAW filter. The most common and most profitable application of FBAR technology is as a radio frequency (RF) filter for mobile phones and other wireless devices. Technological advances in FBARs have played a substantial role in creating smaller, more efficient wireless devices for both consumer and military applications. Avago, one of the victims of Zhang’s theft, was the leading company in the United States manufacturing and selling FBARs. Zhang’s other victim, Skyworks, was developing its own BAW technology.

Evidence at trial further showed that in October 2006, Zhang and his co-conspirators started a business in China to compete with Avago and Skyworks. One of Zhang’s co-conspirators, Wei Pang, started working at Avago at the same time. Zhang and Pang illicitly shared trade secrets with each other and with co-conspirators in China while they worked for the U.S. companies. Zhang and Pang then connected their venture to Tianjin University (TJU) in China, an instrumentality of the Chinese government. By 2009, they left their work in the United States to relocate to China, following a plan laid out by TJU officials to form another company, Novana, in the Cayman Islands. Along the way, Zhang obtained patents in his own name using trade secret information he knew was stolen from Avago. Zhang also worked with stolen trade secrets in a lab he founded at TJU while developing his new FBAR business. The FBAR processes that Zhang and his co-conspirators stole took Avago over twenty years of research and development to build. Additional evidence during the bench trial demonstrated that Zhang engaged in economic espionage to help TJU and Zhang’s Chinese company unfairly compete in the multi-billion dollar global market for cell phone RF filters.

Zhang was charged in a superseding indictment returned by a federal grand jury on April 1, 2015.