According to federal authorities in Norway, hundreds of asylum seekers have mobile phones containing images of executions, severed heads and dead children.

The Police Immigration Service (PU) in Norway says they make the discoveries often during the screening process for the ‘Refugees.’

Also among the images are posts supporting terror groups such as ISIS, images of Islamic State flags and dead children of war, according to Norwegian newspaper Nettavisen.

The DailyMail reported: “Erik Haugland, head of Norway’s asylum programme pointed out that it was possible the images were on the phones for innocent reasons.

He explained that asylum-seekers might have the photographs in order to bear witness to the war and horrors they were fleeing in their home country, or they may have been a tactic to sneak through jihadi-controlled areas unharmed.” 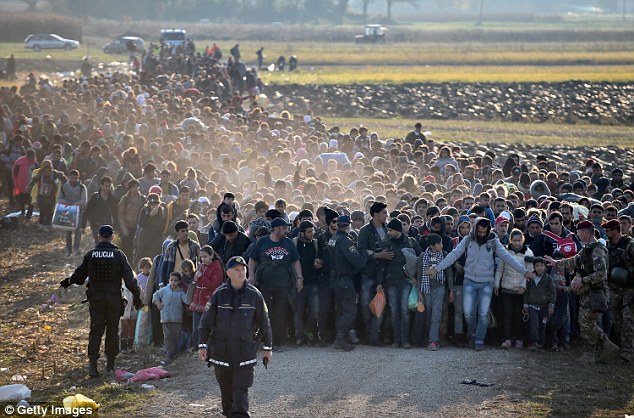 The number of migrants crossing from Russia into Norway increased from a handful in the first half of 2015 to 420 asylum seekers crossing by bicycle in September 2015 alone.

As of 11 December, 2015 over 4,000 migrants/refugees has crossed the Northern border and the right-wing Norwegian government vowed to send all migrants with Russian residence visa back to Russia even if they were from countries experiencing conflicts such as Afghanistan.