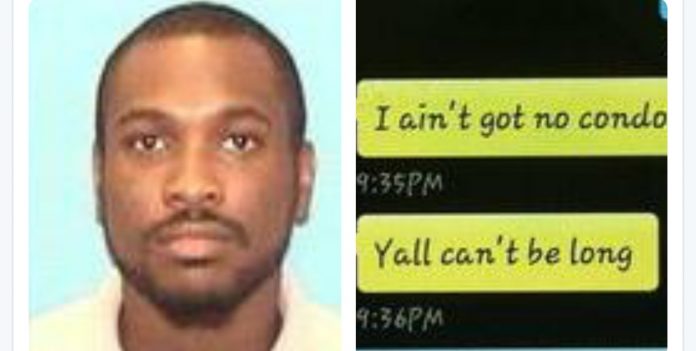 GEORGIA — A Dekalb County school teacher, Champion Theme Middle, was arrested for allowing students to have sex in his classroom closet. This, after a mother told police of the allegations.

“I was in a state of disbelief when I read all these messages,” the mother told WSB-TV, referring to texts between her 14-year-old son and Quinton Wright, a math teacher and coach at Champion Theme Middle School in Stone Mountain. “Basically, he’s allowing the students to have sex in a storage room of his classroom.” The boy’s mother asked to remain anonymous.

The mother said she looked at her 14-year-old son’s phone and discovered a shocking exchange of text messages last Thursday between him and Quinton Wright, a math teacher and coach at Champion Theme Middle School in Stone Mountain.

“Ight, I’m going to bring my lab top to cut some of the noise back there,” reads one message allegedly sent by Wright.

“I ain’t got no condoms…Yall can’t be long,” reads Wright’s response.

“I’ll give u to money for it tomorrow can u get me a 3 pack of Trojan enz,” replies the student.

From CBS-Atlanta: “He told my son you can have it from 7:30 to like 8:30,” the mother said, reading more text messages to WSB. “’Did you tell the girl what’s going to happen? That she cannot tell anybody?’ Basically, don’t tell anyone I’m allowing you to use my room.”

The mother said the “sickening” and “disheartening” incident caused her to pull her eighth grade son from school Friday and contact the principal and police to file a complaint. The Dekalb County school system removed Wright from the classroom. She said she’s had her suspicions about the teacher for some time now.

“He called me when the kids are at their eighth-grade prom and asked if he could come over and take pictures with the boys before the prom, and I said no,” she said.