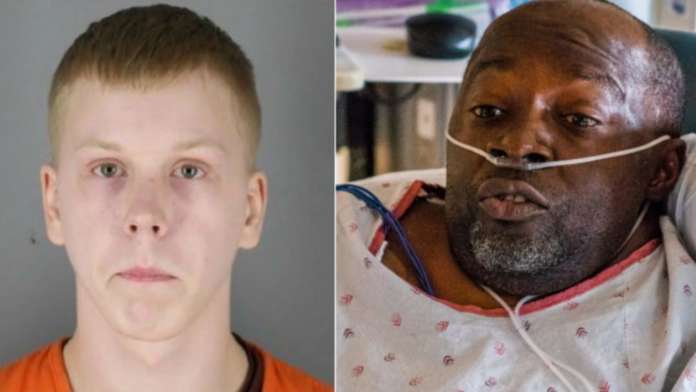 Both the prosecutor and defense attorney agreed to argue the sentence immediately following the Thursday plea from the 19-year-old Burfield. Assistant Hennepin County Attorney Jason Heaser argued for 86 months in prison, as recommended by the Minnesota Sentencing Guidelines. The defense asked for probation.

Hennepin County District Court Judge William Koch agreed with Burfield’s lawyer and sentenced him to five years on probation and 365 days in the county workhouse. Beyond standard probationary requirements, Burfield must receive mental health care and abstain from drugs and alcohol. Should Burfield violate probation conditions, he could serve 90 months in prison.

Mohammed Dukuly, 45, the victim of Burfield’s assault, was in court Thursday morning and told Judge Koch what happened to him since the May 22, 2018 crime.

“I was independent, now I am dependent on people,” Dukuly said. “Pain is within me, I can’t move alone today. That’s the kind of pain CB (Corey Burfield) did on my life.”

According to the complaint, a student resource officer at Harrison High School saw Burfield approach Dukuly, knock him to the ground and punch him a number of times. When emergency personnel arrived, Dukuly was unresponsive and life saving measures were necessary. He was transported to the hospital where he was listed in critical condition.

Surveillance video of the incident showed Burfield grabbing at Dukuly’s belt where keys to the building were held. Dukuly attempted to push Burfield away and then Burfield grabbed Dukuly by the shirt, shoved him into a wall and then down to the ground where he hit him numerous times around the head and neck with a closed fist.

Burfield will report to the Hennepin County Adult Correctional Facility on Oct. 30.