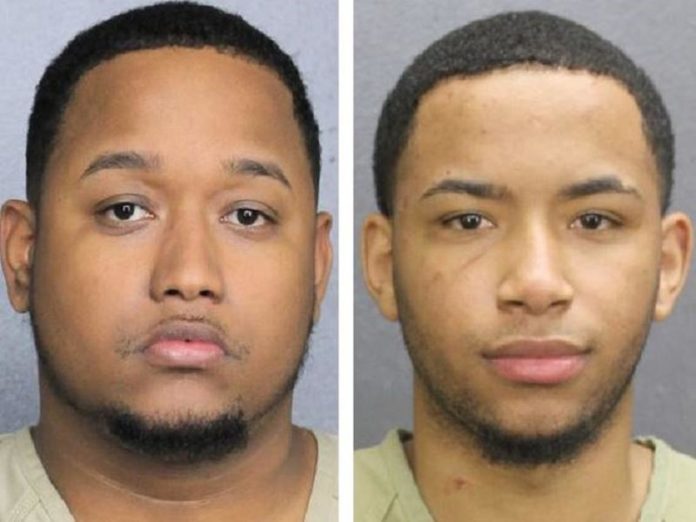 Lighthouse Point, FLA. — On Tuesday night, at 11:40 pm, two men from Opa-Locka were arrested for stealing mail from the drive-thru mailboxes located at the Lighthouse Point Post Office, police announced Thursday. Lighthouse Point Police Officer Kyle Kay observed a suspicious vehicle stationary next to the mailboxes for an unusual amount of time during the late hours and conducted an investigative stop.

Both suspects, 28-year-old Junior Alexander Cabral and 20-year-old Vladimir Cabral-Cuevas, were arrested and charged with theft of US mail, possession of US mail that contains personal information of another without their consent and illegally possession of voter ballots. In their possession was a homemade device utilized to extract pieces of mail from the mailboxes, numerous pieces of stolen mail, along with two election ballots.

“This is an ongoing criminal investigation in conjunction with the U.S. Postal Inspection Service, and no further information can be released at this time,” police said. “The Supervisor of Elections of Broward County along with the F.B.I. Miami Field Office have been notified of this incident.”