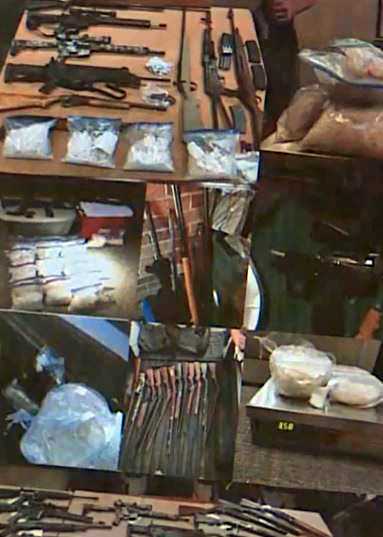 Specifically, the grand jury charged 17 of the defendants with conspiracy under the Racketeer Influenced and Corrupt Organizations (RICO) Act, a statute designed to eliminate organized crime and prosecute the racketeering activities of these organizations. Several of the crimes alleged in the indictment were charged under the Violent Crimes in Aid of Racketeering (VICAR) statute, which makes it a crime for a person to commit any of a list of violent crimes in return for, among other things, maintaining or increasing position within the enterprise. Of the 40 defendants, 24 defendants were charged in the initial indictment in this case for conduct related to their alleged roles in the enterprise’s drug trafficking organization.

“The defendants allegedly operated a violent and lucrative drug enterprise on behalf of the Insane Gangster Disciples while incarcerated,” said Acting Assistant Attorney General Brian C. Rabbitt of the Justice Department’s Criminal Division.  “The department is committed to investigating and prosecuting gang-related crimes no matter where they occur, including holding those accountable who engage in criminal activity while in prison.”

“To anyone who would try to harm the people of South Carolina with violence, intimidation or extortion, we are coming after you wherever you are,” said United States Attorney McCoy. “Neither pandemic nor prison walls will provide refuge from the full force of the federal government.”

The case began in July 2017 as an investigation by a number of agencies, including the Bureau of Alcohol, Tobacco, Firearms and Explosives (ATF), the Lexington County Multi-Agency Narcotics Enforcement Team, and the Eleventh Circuit Solicitor’s Office, into methamphetamine trafficking and the illegal sale of firearms. The investigation grew and began to focus on the Insane Gangster Disciples (IGD), a branch of the nationwide gang Folk Nation.

According to the indictment, several IGD members, while SCDC inmates and with the assistance of others on the outside, ran a drug empire from prison using contraband cell phones and other means.  Further, the indictment alleges that several IGD members in prison ordered violent retaliatory measures against those they believed were providing information to law enforcement and against individuals they believed had stolen drug proceeds or owed money to the gang.  It is alleged these violent acts, to include murder and kidnapping, were often carried out by IGD members outside the jails. Additionally, the 101-page indictment alleges that to perpetuate the enterprise and to maintain and extend its power, members and associates of the gang committed, attempted to commit, and conspired to commit, additional acts such as armed robbery, extortion, arson, assault and battery, drug trafficking, money laundering, and obstruction of justice. 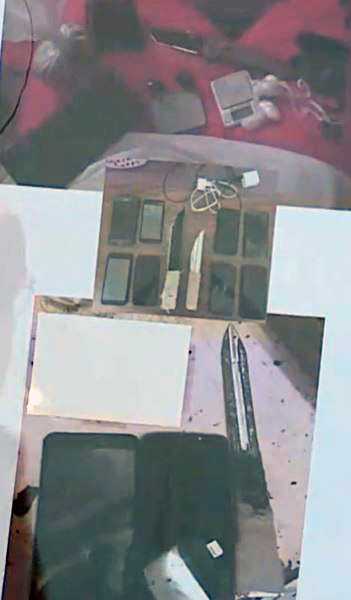 “While the U.S. Attorney’s Office in South Carolina has a long and respected history of seeking justice for victims of crime, in the past year, my office has taken an even deeper look into the violence of organized crime and drug gangs,” United States Attorney McCoy added.  “As such, we have sought and received some of the harshest sentences of any U.S. Attorney’s Office in the country.  Be it in jail or on the outside, organized crime organizations in South Carolina will be sought out as aggressively as the law allows.”

“This was a complex, multi-jurisdictional investigation aimed at taking down an alleged criminal operation of historic reach in our states,” said ATF Special Agent in Charge Vince Pallozzi.  “The brazen criminal acts charged fueled gun violence and drug trafficking in numerous counties and cities.  To shut down this alleged operation is a major win for public safety in South Carolina.”

“This alleged vast and brazen criminal enterprise only could have been dismantled by a united and dedicated team of law enforcement officers from across this state,” said FBI Special Agent in Charge Susan Ferensic.  “The FBI is proud to be part of that team.  We will see this investigation through and will remain vigilant to identify and arrest all those who try to destroy our communities through violence and drug trafficking.”

“As alleged in the indictments, illegal cell phones enabled these inmates to operate a sophisticated, international drug trafficking ring from inside prison walls,” said Bryan Stirling, Director of the S.C. Department of Corrections.  “We cannot ensure the public is safe from criminals until states are allowed to jam cell phone signals.  We need Congress to act on this pressing public safety issue and schedule a hearing on the Cellphone Jamming Reform Act.”

“It goes without saying that the success of this case would not have materialized if it weren’t for the intentional open line of communication between all the agencies involved,” said Greenville County Sheriff Hobart Lewis. “The tremendous collaboration between agencies and their willingness to put the success of the investigation above all else is a testament to the professionalism in our state and I am so proud to be a part of this law enforcement family.”

“I’m proud of the cooperation of law enforcement involved in this case and the officers from our agency,” said Cherokee County Sheriff Steve Mueller.  “The criminals who desire to prey on our citizens should know we stand ready to pursue them relentlessly using all available resources at the local, state and federal level to hold them accountable for violating the law.”

“We are proud to have worked with all the participating local, state and federal agencies to get a high volume of drugs and guns off the street,” said Lexington County Sheriff Jay Koon.  “Communities are safer because of all the cooperation between agencies.  With strong relationships in place, we can really make a difference in the lives of those we serve.”

“Criminals will realize that law enforcement agencies work together,” said Richland County Sheriff Leon Lott.  “And even if they try to take advantage of jurisdictional lines, they will not get away with their misdeeds.  No matter how long it takes, we will get them.”

“The interagency partnership in this case was unprecedented and has increased the safety of not only our community but those throughout the state as well,” said Anderson County Sheriff Chad McBride.

“Once again, we see the tremendous cooperation of law enforcement in South Carolina,” said Pickens County Sheriff Rick Clark.  “Our professional narcotics agents across the state work tirelessly to make these arrests and fight the war on drugs in our communities.”

The following defendants have been charged in the indictment for conduct related to their alleged roles in the RICO conspiracy and/or related crimes:

Of these defendants, Ward, Peterson, Akridge, and Rodriguez were serving sentences in SCDC at the time the alleged crimes were committed.

Every defendant charged in the RICO conspiracy faces the potential penalty of life in prison due to sentencing enhancements through IGD’s involvement in murders and significant drug trafficking. Additionally, the defendants charged with murder in aid of racketeering and kidnapping in aid of racketeering also face life imprisonment. There are additional penalties for those charged with firearms crimes, drug crimes, robbery, and assault.

In connection with the investigation, law enforcement seized approximately 40 kilograms of methamphetamine, more than 130 firearms, and various quantities of heroin and fentanyl.