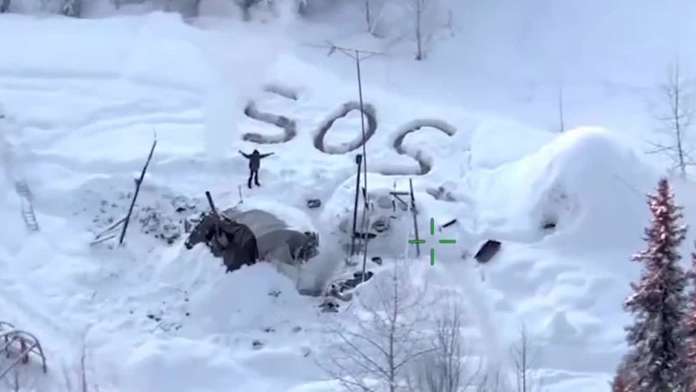 On Thursday, January 9, an Alaska State Trooper helicopter responded to a request for a welfare check on Tyson Steele, age 30, at his remote homestead approximately 20 miles outside of Skwentna. He had not been heard from for several weeks. Late that morning, Helo 3 pilot Cliff Gilliland and Tactical Flight Officer Zac Johnson located Steele waving his arms near a makeshift shelter. An SOS signal was stamped in the snow outside. His cabin had burned down in mid-December killing his dog and leaving him stranded in subzero temperatures with no cabin, and no means of communication, for 23 days.

Read the story in his own words HERE.